As avid tabletop gamers, we’ve all been there. We have a myriad of new games on the shelf that we’re excited to teach and play at all times. So when your special someone suggests playing a game,  your excitement can hardly be contained. Our minds jump from game to game, imagining finally being able to challenge Teotihuacan, or scour the depths of Underwater Cities or venture through the forests of Root. Then comes the dreaded follow-up: “I don’t want to learn anything new, though.”

It’s not that you don’t have a wide selection of  games that you’d enjoy revisiting, but all that newness, that unexplored glory… it calls to you. It beckons. You’ve tried reasoning with your partner before: “You’ll like this one, though!”, “this one is really exciting!”, “trust me, it’s so easy to learn!” It’s not that you’ve been lying in the past, but perhaps it hasn’t always worked out. Their trust in you has  wavered.

Well, fear not, because I have a list of five perfect games for that exact situation. These  games, for different reasons, are great compromises and you can have them ready so the next time they say: “I don’t want to learn anything new”, you can say: “okay, but trust me on this one” and start to win them back over until eventually, over time, they’re willing to bend and compromise enough to even give Twilight Imperium a try!

…Don’t suggest Twilight Imperium if they don’t want to learn anything new. 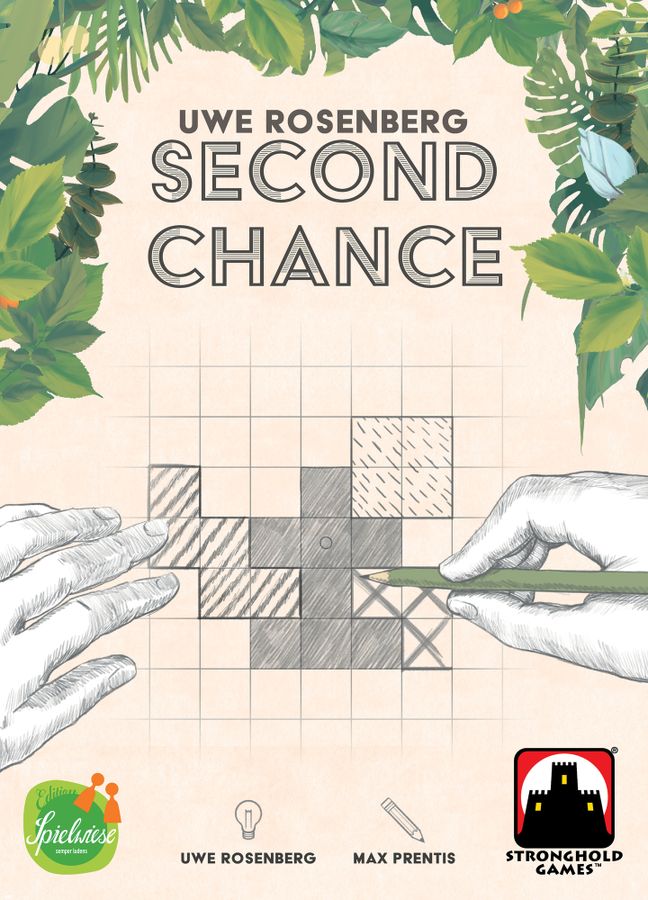 If you’re going to try and convince someone reluctant to learn a new game, sometimes it needs to be really simple. Second Chance is ridiculously simple, but it doesn’t sacrifice fun to achieve that simplicity. You will flip over two cards and each player draws one on their grid. You will repeat this until someone fills up their grid, cannot play or the deck runs out. That’s basically it, aside from some additional rules about taking a second chance if you can’t draw a shape and a few other intricacies, but really, this is all you have to explain to get started, which is half the battle.

Once you actually start a new game, there’s no time for someone to think about how much they don’t want to learn a new game, because they’re already in the thick of it and having a good time! Most of my failures trying to teach a new game to someone reluctant revolve around the length it takes to explain or the complexity of the explanation. Second Chance won’t be a problem in either of these areas. 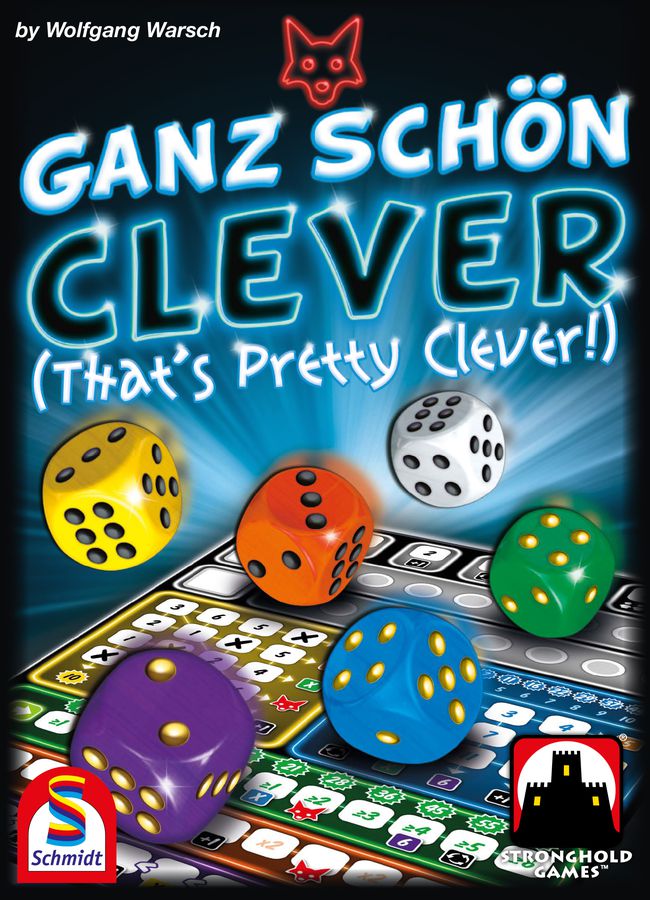 So you’ve convinced them that it is possible to learn a new game, even if you’re not completely in the mood. They trust you a little bit more now. So let’s pick another game with simple rules that takes no time to teach.

That’s So Clever has a very simple concept: You roll dice, pick one, write it on your personal paper or mark an X. Then you do this twice more until your turn ends. Everyone keeps doing this until the game is over. There are a few more rules to explain here off the bat compared to Second Chance, mainly that you’ll have to give some context as to each coloured area of the paper so they know how they’re placing numbers and Xs and what they’re trying to achieve. However, you can easily do this by just taking your turn first and talking them through what you’re doing. Then, let them take their passive turn as their first move, to help familiarize them with choosing a die and writing an X or a number on their paper.

Even if they don’t completely understand the strategy right away, it’s easy enough to take your turn and feel like you have a handle on the game. Plus, it’s a lot of fun! If someone isn’t in the mood to learn something new, a game that requires deep thought and heavy strategy is going to be a bust. So pick a game where rolling dice is the main mechanic to skew things a bit more toward luck rather than forcing someone to make really tough decisions about a game they have yet to fully understand. 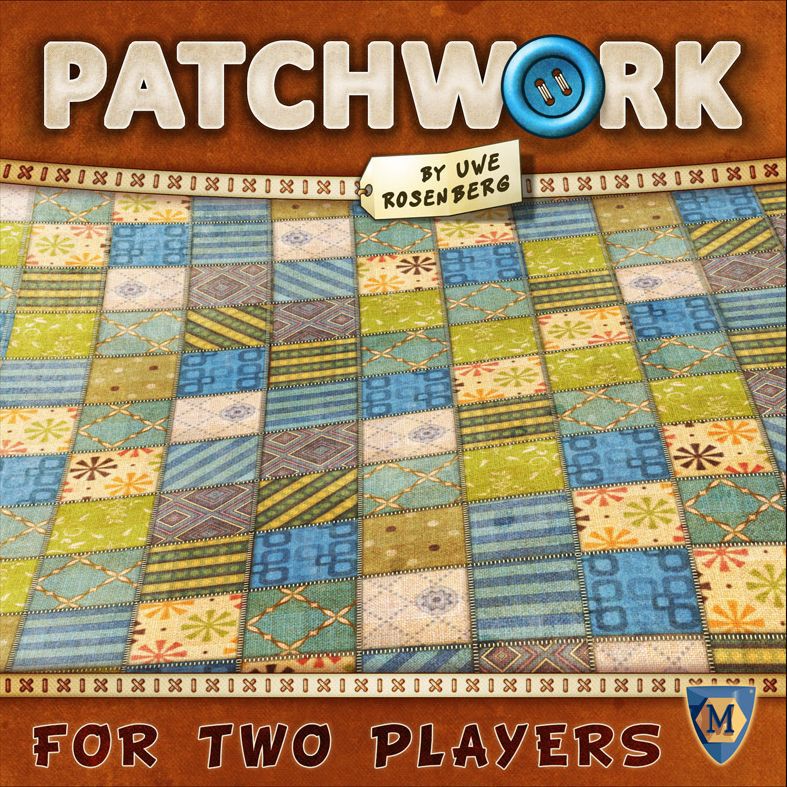 Okay, things are going really well. Two easy-to-explain games have made them realize that learning games doesn’t have to be such a bad thing. In fact, it can open up some great possibilities to play something new and fun and widen your arsenal. Now let’s turn things up ever so slightly for an experience that is only slightly more involved, but still simple and fun.

Patchwork has one thing going for it immediately: it looks super relaxing and revolves around a concept that shouldn’t intimidate anyone at first glance: quilting. You’ll be choosing puzzle pieces from around the board and adding them to your grid, similar to Second Chance, which should make this easier to introduce if they’ve played it! In order to select puzzle pieces, you’ll have to pay different amounts of buttons, which you’ll mainly collect by moving around the board. When someone reaches the end of the board, the end-game will trigger and you’ll add up points. Completing your personal quilt as efficiently as possible is the name of the game here.

There are some slightly more complex rules to go over when compared to the previous two games, but nothing that should set off alarm bells. To make introducing this game extra easy, deal out the puzzle tiles randomly around the board as instructed, but then move a couple simplistic shapes and cheaper options to the front. This will make the first couple turns easier to digest for your partner and the process of buying and placing tiles will go smoother for them. On subsequent games, you can leave it to randomness. 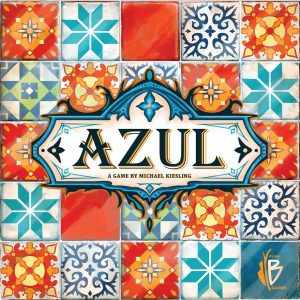 Azul is a great choice because it is fairly easy to learn, but there are some opportunities for a decent amount of strategy and some playful “take that” mechanics that will up the ante a bit after the previous appetizers. The biggest hurdle to overcome here is explaining the process of placing tiles on your player board. In my experience, there can be some confusion at first when it comes to how you have to fill up an entire row, which means five tiles for the bottom row, in order to just slide a single tile over. But if you demonstrate this by visually showing yourself doing it and using the bottom row as an example, it should click and the rest of the rules just get easier from there.

The game mainly involves picking all tiles of the same colour from any one section at a time. You place the tiles on your board and when you fill a row, you slide one over at the end of the round. When any player’s horizontal row is filled, the game ends. There’s not a lot to go over here and Azul is also  relaxing and beautiful to look at, so it’s sure to quell any fears when it comes to learning a new game.  You can even ask your partner to be the one who picks the new tiles from the bag and make a game out of seeing if they’ll ever draw four of the same design to place on a given production wheel. This adds some light-heartedness and fun to the process and takes people’s minds off the rules completely.

Another good thing about this one is that if it’s a hit, you also have two other Azul titles in your list of possibilities that you can turn to as other future options when they aren’t feeling up to learning a new game. Some of the mechanics will carry over and the similar feel will make it all the more inviting and enticing.

Okay, since this is the last one on the list, we’re going to up the stakes a bit. You’ve made it through four titles with slightly increasingly difficult rule sets, all working toward gaining their full trust in letting you pick games they haven’t played before. The next step is to pick a game that has more complex rules, but is still accessible, fun, and opens the door to a new range of possibilities. Pandemic is that game.

First of all, it’s cooperative, so even if they don’t fully understand all the rules or nuances, since you’re working together on the same team, you are free to help them out, make suggestions and ease them through the process. Over time, they’ll pick up these other things and it should still be a fun process as you go.

You can also make a spectacle of things to keep things light and entertaining. When you flip over the cards that will be infected, build anticipation before the flip. React big when the flip is good or laugh it off when the flip is bad. Above all else, make sure you constantly work as a team and make them feel comfortable in not being sure about everything going on, because they can always turn to you to figure things out or answer their questions.

If you’re able to successfully introduce Pandemic to someone who wasn’t up for learning a new game, you’re well on your way to introducing all kinds of games next time you’re met with this response! Although I can’t promise Twilight Imperium will ever be a good idea.

What games do you think are great options to introduce to someone who doesn’t want to learn anything new? What are your success stories in this area? Disagree with any of our choices? Let us know; we’d love to hear from you!