Top 5 Kickstarters We’re Most Excited About For February 2020

After the blockbuster start to the tabletop scene on Kickstarter in January, February seemed poised to slow things down a bit. That ended up not being the case as we had some major projects launch from some big names, as well as several lesser known, indie titles that are making waves and attracting attention. Let’s jump in to the 5 games that launched on Kickstarter in February that have us most excited.

CMON launched their next big Kickstarter project, a Marvel tie-in game featuring several gorgeous miniatures. But that’s about what you expect from CMON at this point, right? 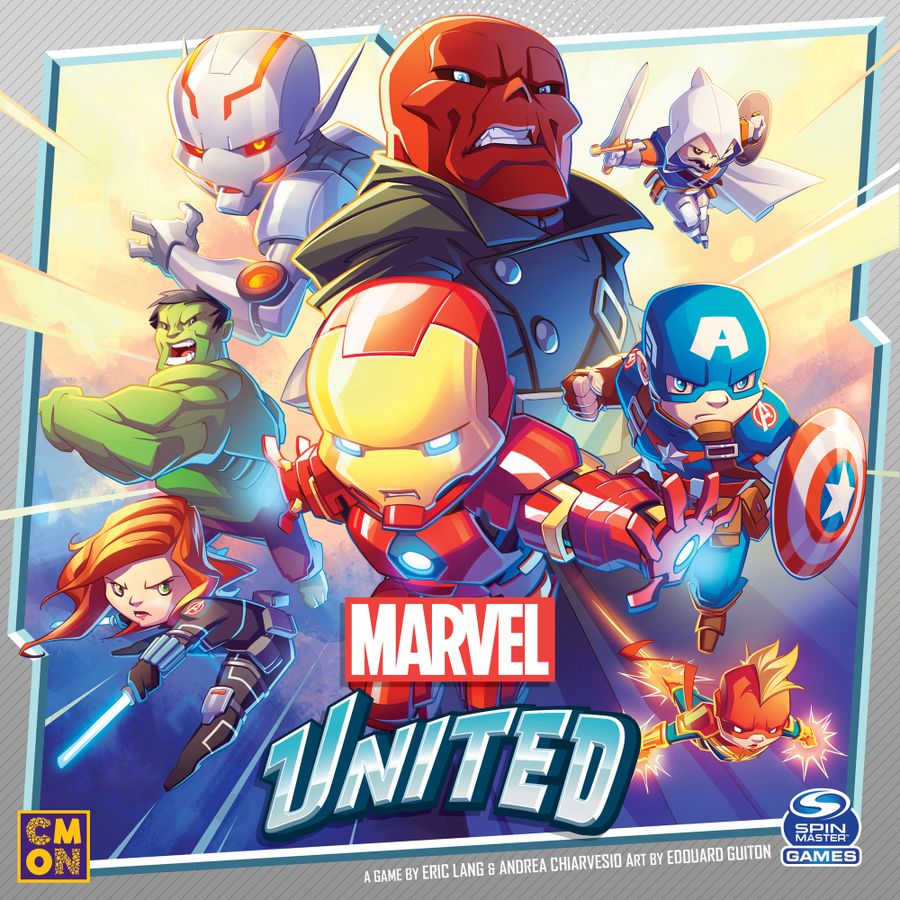 The campaign has already raised over 1.5 million dollars and new stretch goal rewards continue to be added in the form of new characters, such as Kingpin, Elektra and Scarlet Witch.

The card-based, cooperative gameplay involves players and villains adding cards to one continuous strip on the table. You’ll be rescuing civilians, clearing threats and ultimately trying to defeat the villain.

There are also several optional expansions and extra packs that add in characters like Thanos, Thor, The Guardians of the Galaxy, Black Panther and more. The base pledge is pretty reasonable at $60, especially with all the content and miniatures that have been added as stretch goals. If you want to go the Infinity Pledge route to gain access to the Infinity Gauntlet expansion, you’ll add another $30 to that. The game will ship in March 2021, so you’ll have to be patient after you back it!

If you’re a fan of Marvel and a fan of miniatures, this is a match made in heaven.

Wonderland’s War comes from Druid City Games who have had some popular releases and upcoming projects over the last little while, including Sorcerer City and Tidal Blades. This visually striking game is themed after Alice in Wonderland, as you can imagine. It features miniatures, area control, bag building and card drafting, seemingly marrying all these concepts into a very neat and unique package. 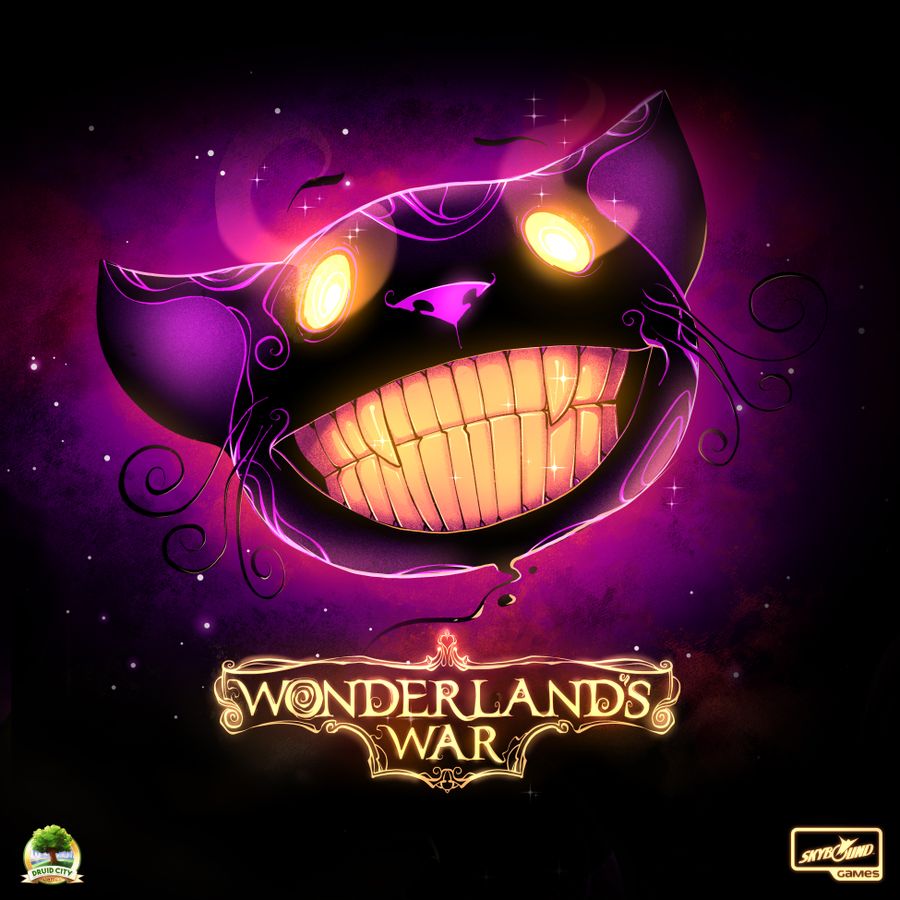 You’ll spend your time rallying forces to control key areas of Wonderland, drafting cards from the Tea Party to add to your bag and increase its power, competing to earn the loyalty of familiar characters of Wonderland, waging battles, and completing quests to earn points. There’s a lot going on here and it plays 2-5 players so you should be able to get it to the table with a variety of groups.

There are also some lovely components in this game and you can tell a lot of care has been taken with the presentation. From the bags that hold your chips, to the madness shards, to the upgraded castle miniatures and the character miniatures, it’s all enough to make any component lover’s mouth drool.

The base pledge will set you back $50 and the deluxe pledge goes for $80, so overall, pretty reasonable considering all you get. However, as with Marvel United, you’ll be waiting until March 2021 to get your hands on it.

Gladius might be the smallest game in box stature on the list and likely also the quickest playing, but it’s shaping up to be a great game with some intriguing concepts. 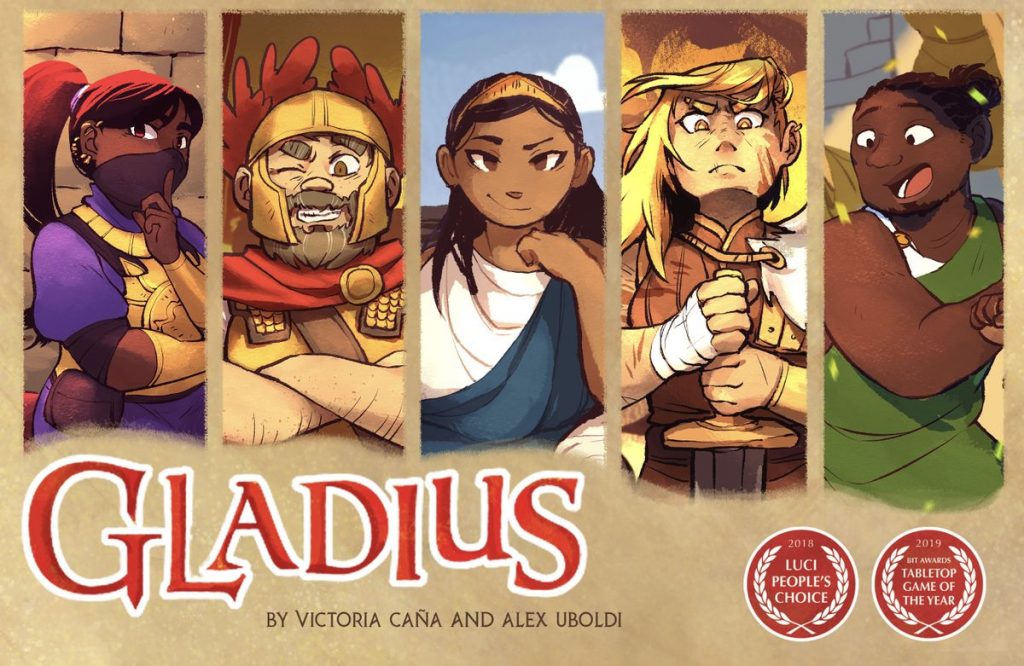 This bluffing, betting card game from the relatively new Cat Quartet seems to play very quickly and accommodates 2-5 players. Players are Roman spectators, betting on gladiatorial combat in an attempt to make the most money. However, you’ll be able to use underhanded tactics to sway the results and after 3 rounds, the player with the most money wins. 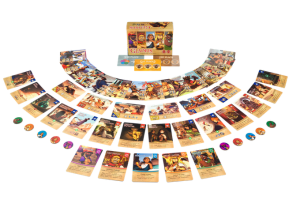 It’s a simple concept but some very stylish and cute art, paired with interesting and fun looking mechanics, make this one that you should definitely look into further. In particular, the influence cards stand out as one of the exciting and interesting aspects. These cards allow you to secretly sway the results by altering the values of cards or changing any different number of things. As all players have bet in secret as well, there’s a lot of bluffing potential and an unknown factor to the entire game that keeps the tension high.

Currently, there’s no retail edition planned for this Kickstarter exclusive project, but for only $25, it’s a very inexpensive one to back. You’ll be waiting until February 2021 to receive it, but this looks to be one that’s well worth the wait, in price and in gameplay. 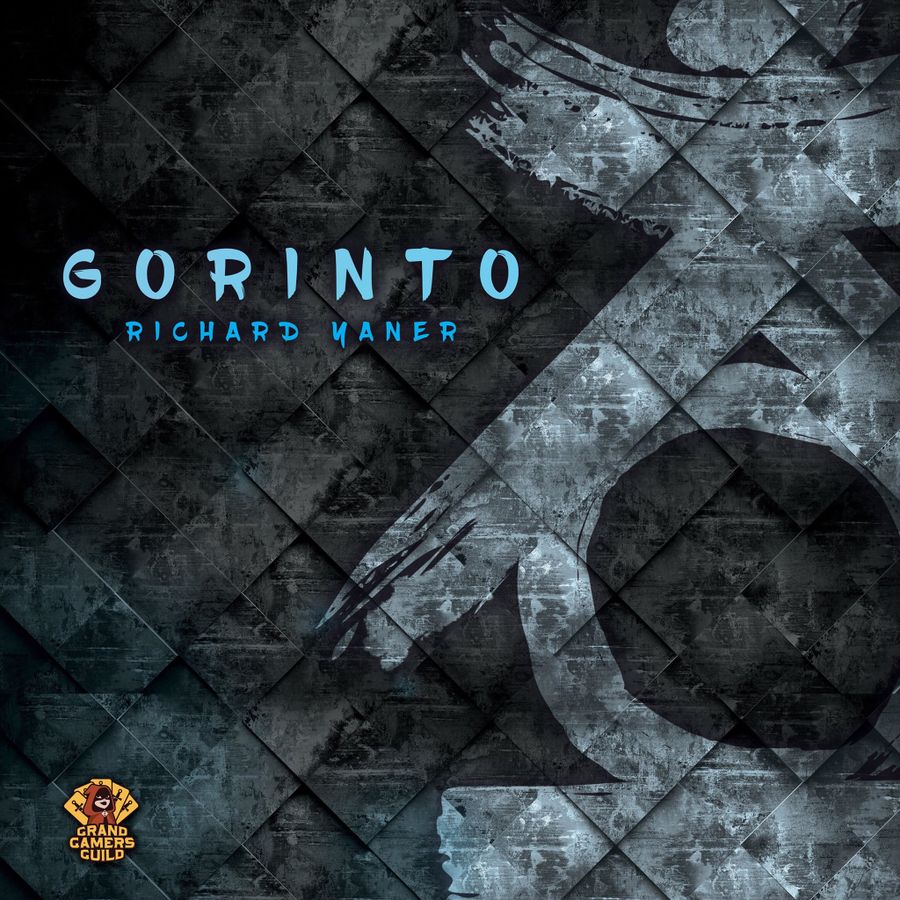 Gorinto is an abstract tile placement, set collection game where you’ll be harnessing the five elements to try and build your own shrine. The gameplay is fairly simple and involves moving tiles from the path area into the mountain area and then collecting surrounding tiles based on the collection pattern and on how well you understand that element. The game also features a shared pair of goals that changes each game for added replay value.

The beautiful tiles look great when all stacked up on the board and the rest of the components have a very nice look to them as well. There’s also a solo mode with additional components for it, adding even further to the replay value by giving you the option to play whenever you want. 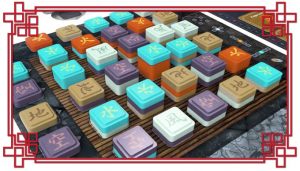 The gameplay is very exciting as well. Every element reacts with the tiles on the board differently, so you’ll be collecting tiles in a variety of different ways. Earth will collect the tiles beneath it, whereas water will collect horizontally from the placed tile.

Since the scoring conditions seem to change dramatically each game, you’ll feel like you’re planning your strategies and your turns differently each time you play.

The base retail pledge costs $35 and the upgraded Kickstarter pledge is $45, both arriving in February 2021. Definitely check this one out and don’t let it slip under your radar. 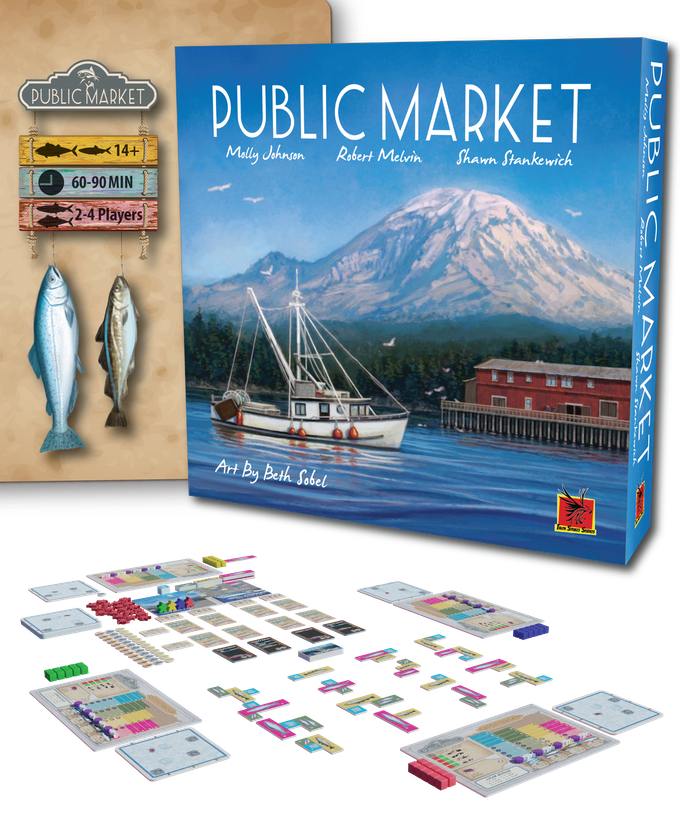 Public Market comes from Flatout Games and Talon Strikes Studios, with breathtaking artwork from Beth Sobel who continually amazes with her beautiful designs. It’s hard not to want to buy every game she does artwork for.

This tile placement and drafting game also features bidding and engine-building and takes place in the Pacific Northwest. You’ll be heading out into the open waters and collecting fish, which are represented by polyomino tiles. After you’ve collected enough fish for your liking, you’ll head back to the market and sell the fish, completing contracts in an effort to score the most points. 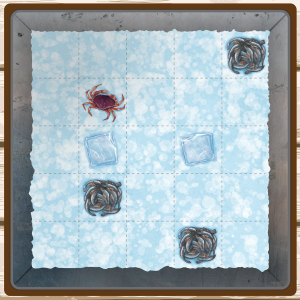 As I said, the artwork alone makes this a must-buy for us, but polyominos also seem to be all the rage these days and this appears to find unique ways to incorporate them into a new experience. It has some similarities in its look and concepts to games like Cottage Garden, a fantastic game in its own right, and the addition of bidding and engine-building just adds an extra layer of excitement for us.

At $39, this is a very inexpensive game to back and you’re getting your value out of every penny, even in the artwork alone. Like the other games on our list, you’ll have a long wait ahead of you until it arrives in February 2021, but this is poised to be a fantastic game to add to your collection. Go give it a look!

Those are the games we’re most excited about that hit Kickstarter last month! These are by no means all the great games out there, but they are the ones that caught our eye.

Looking ahead, March is set to have some major releases, including the much anticipated Frosthaven, so be sure to check back next month to see which games crack our list.