Top 5 Kickstarters We’re Most Excited About For September 2020

This was a really tough month to narrow down to just 5 choices. Some games missed the list that had short campaigns and were already funded, others missed out because they were either expansions or re-releases, and others missed out just because there were a lot of interesting campaigns launched in September! Here are our top 5. 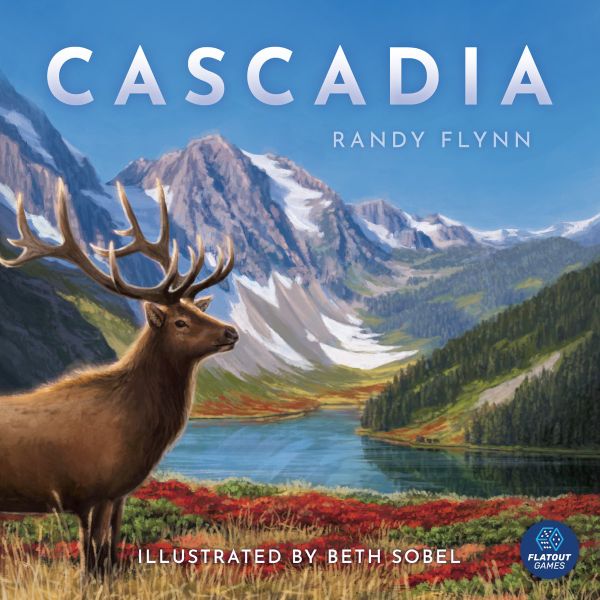 If you’re familiar with Flatout Games, you’ll know they’re making a name for themselves with easy-to-learn accessible games with a deceptive amount of strategy and depth that play in under an hour. Cascadia is the latest in this model, and I really think this will end up being my favourite release of theirs. 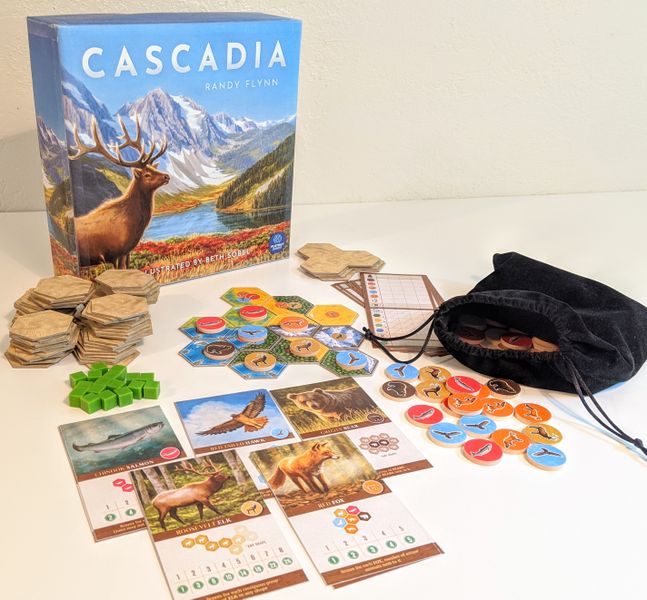 Cascadia is a tile-laying game from first-time designer Randy Flynn, where players take turns drafting pairs of habitat and wildlife tiles from the market then placing them in their environment. There are 5 wildlife types – elk, salmon, bears, hawks, and foxes – each of which score in a different way. Each game, players will start by randomly revealing one score card for each type of wildlife, which will represent how players can score points for that type this game. For example, one of the hawk cards indicates that hawks will only score points if they’re not surrounded by any other hawks. Mixing and matching different wildlife scoring cards makes for a new puzzle to figure out each game.

Trying to make everything work together in your ecosystem by grouping together the habitat tiles while meeting the scoring conditions of your wildlife tokens which change each game is an intriguing puzzle to solve, and one you’ll never truly feel like you’ve mastered. This looks like it’ll be one of those highly replayable games that you can teach to almost anyone.

Dylann and I were able to get a demo of it through Tabletop Simulator with Shawn and Robert of Flatout Games, and we absolutely loved it. It’s the only game on this month’s list that I’ve backed so far, and one of my most anticipated games overall. 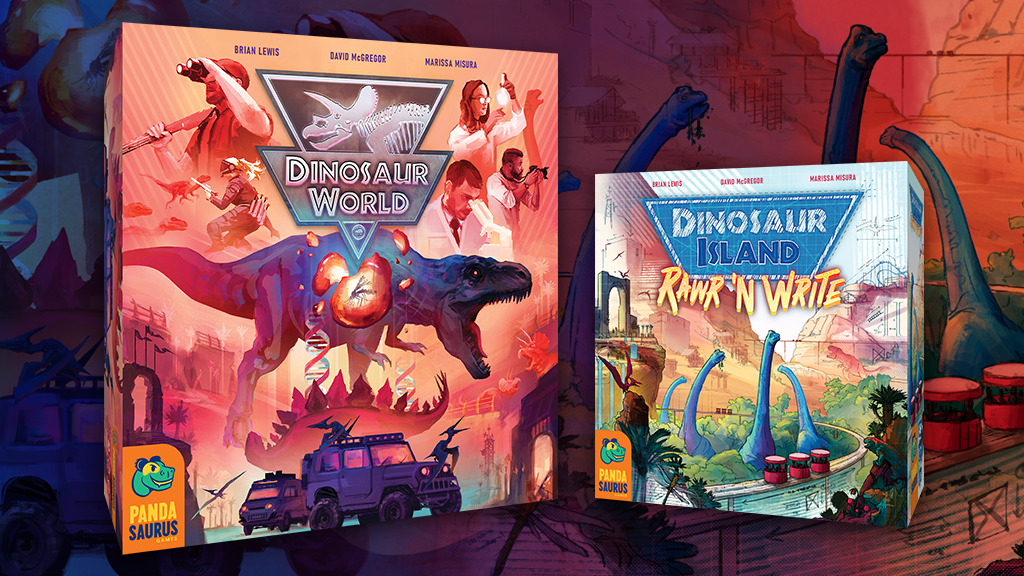 This campaign features two new Pandasaurus releases, with Dinosaur World being the one with more table presence and physical components while Dinosaur Island: Rawr ‘n Write is the roll-and-write version with similar goals and mechanics as Dinosaur World.

First off, I have to mention the amazing artwork from Kwanchai Moriya and Andrew Thompson. The box cover already looks fantastic but the games themselves are just as gorgeous and drenched with colour, particularly Dinosaur World.

Evolving on the original Dinosaur Island, the archipelago of islands in Dinosaur World promises to be a whole new park and a completely different experience. Build routes for your Jeeps to drive on, hire the correct worker types for the attractions your Jeeps visit, and create dinosaurs from DNA slices. Of course, try to keep your park fatalities at a minimum. The tactile experience is enhanced by topnotch components that make your park come to life. 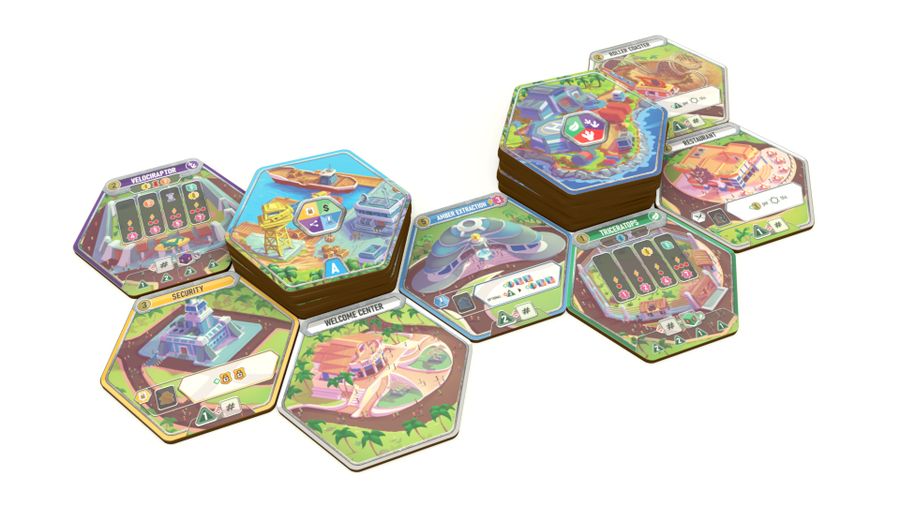 Each round, you draft a group of workers that’ll run your park for that season. Then, you’ll build your park by purchasing attractions, special buildings, and dinosaur paddocks. You’ll create dinosaurs by using your workers to spend DNA. Move around your park in your Jeep to visit dinosaurs and activate special abilities to score points.

Dinosaur Island: Rawr ‘n Write, while not quite as flashy as Dinosaur Island, still deserves a serious look as it appears to have more to it than most roll-and-write games. Players still draft dice, but then use those dice as workers in a worker placement phase. Then you fit your dinosaurs and attractions into your park using polyomino shapes, while building routes to the exits for bonus points. With different buildings available and different specialists to hire, each game should feel unique and provide varying objectives.

These games aren’t cheap, but the level of polish on everything appears to be high. We’ve enjoyed everything we’ve played from Pandasaurus, especially The Mind, and we’ve got high hopes for both of these games too. 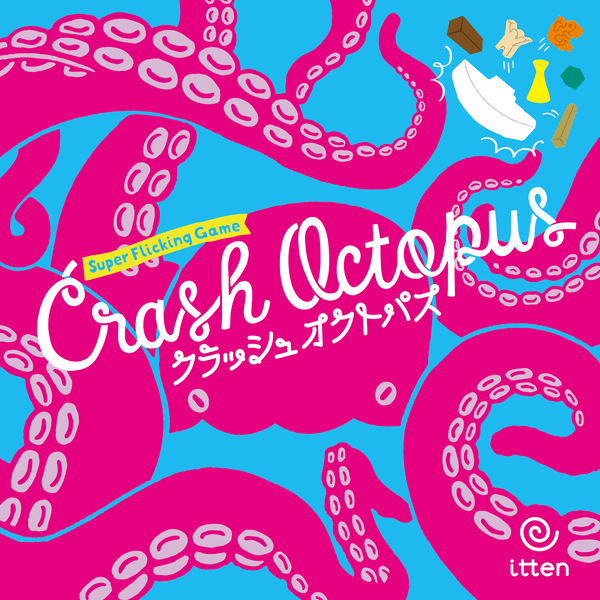 This dexterity game from Itten caught my attention immediately with… well, everything! The title, the artwork, the dexterity and flicking, but reading the setup and rules really sold me on this.

Crash Octopus is a game of flicking treasure pieces at your boat to load them on while avoiding attacks from an octopus that looms in the oean. To set up the game, someone drops all the treasure tokens from their hand onto an octopus head, randomly spreading everything out to create the “playing ocean”. The first player to gain all 5 cargo types on their ship wins, although if the Octo-Timer ends before any player has collected all 5 types, the player with the most types wins.

Periodically, an octopus attacks and can knock your cargo off your boat. So you’ll have to observe the physical relationships of the objects each game and as the state of the game changes in order to determine a number of things, starting with where to move your boat and which treasures to try to collect. But, when the octopus attacks, you can also move the octopus head and tentacles.

All the cargo pieces are unique in their size, shape, and of course, in the way they move. You can’t simply view all pieces the same when choosing which one to try and flick toward your boat, as some pieces can move in tricky ways.

Just watch the amazing videos on their Kickstarter page and try to tell me you’re not interested. 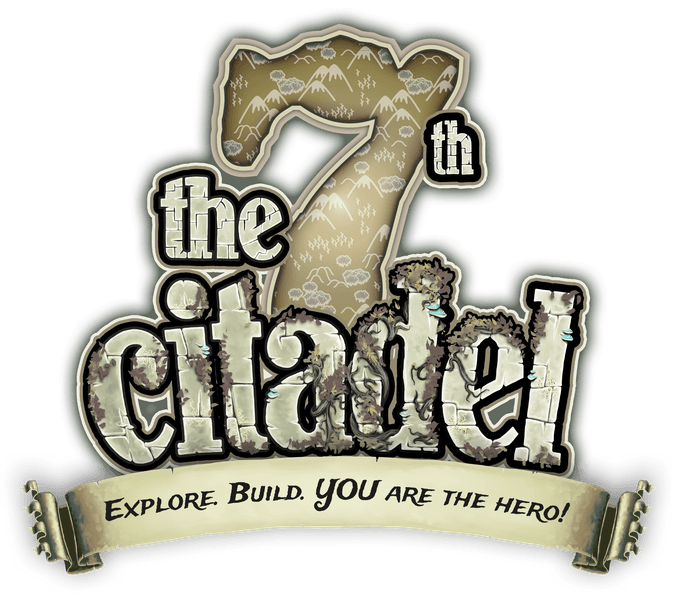 The follow-up to The 7th Continent has arrived. This new solo or cooperative exploration and adventure game promises to take the best parts of its predecessor and combine that with exciting new elements to create a whole new experience.

During each adventure, you’ll take the character you’ve created and you’ll construct and expand the Collapsing Lands by unveiling terrain and event cards. Each adventure builds in a series of sequential scenarios leading up to the inevitable encounter with the Threat of that particular adventure. You either win when you defeat the Threat in the final scenario, or you lose. Each adventure has over 1000 minutes (16+ hours).

The game is no longer about survival, allowing your character to flourish a bit more. There are no dice, allowing you to choose your own path and destiny. You’ll customize a personal Action deck to suit your strategy best. Between scenarios, you’ll return to the Citadel to continue improving your city. Apparently the mechanics have been streamlined to make the game a little smoother compared to the original, and the dialogue should be even better than before.

With a really quick setup time, a simple save system, and a different adventure to create each time, The 7th Citadel has all the right building blocks for an incredible game. The box is massive and comes at a hefty price point, but if you can get into a game like this, the cost seems worth it. Remember that you can play this solo, and I’ve actually seen a lot of great reviews for The 7th Continent as a solo game. If I decide to back it, that’ll probably be how I end up playing it. 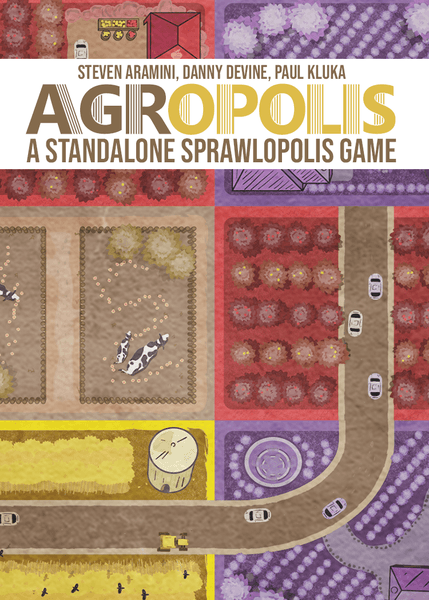 A standalone game in the highly acclaimed Sprawlopolis series, and another of Button Shy’s Wallet Games, Agropolis is only $10! And it comes with a free expansion, Combopolis! Agropolis can be played on its own or combined with Sprawlopolis, and once again, it looks like Button Shy has crammed a lot of game into just 18 cards. 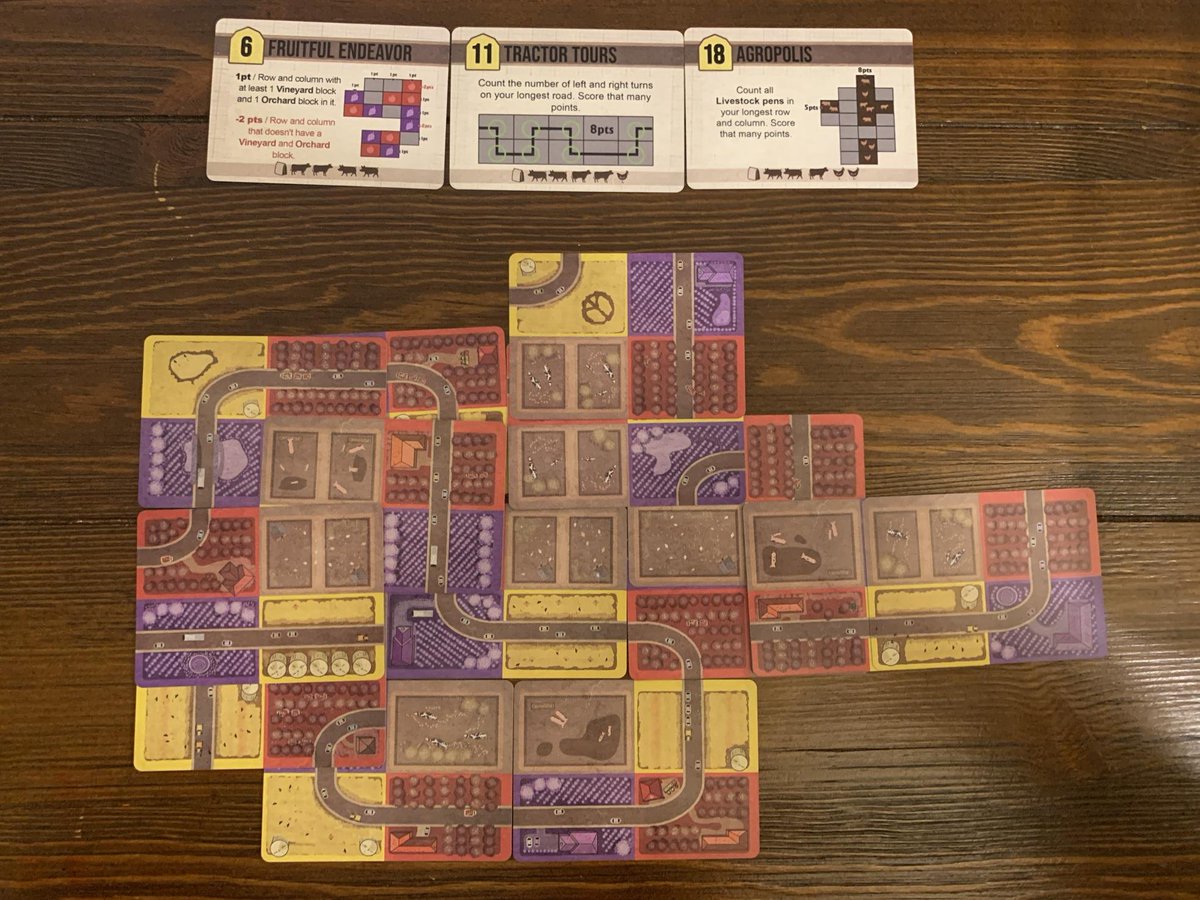 Early reviews suggest this isn’t just more Sprawlopolis; rather, it has its own identity, focusing on farms rather than cities. Three random scoring cards are revealed each game, and you need to work within those scoring conditions as you build your farm. You’ll try to place Pig Pens adjacent to your longest road, align your Orchards into specific shapes, and keep your Cornfields on the corners of the map. The scoring cards not only provide you with objectives to score points, but also tell you how many points you need to win the game.

If you’re not playing this solo, you’ll need to coordinate with your teammates without revealing your cards. Since this can be combined with Sprawlopolis and other expansions, and it comes with an expansion, for the price you can’t really beat this. If you haven’t tried any Wallet Games in the series from Button Shy Games, go check them out now at https://buttonshygames.com/ and be sure to check out the Kickstarter page for Agropolis, especially if you want to get Sprawlopolis with it.