The 5 Most Exciting New Features Coming to Frosthaven

It’s Frosthaven-eve! At All You Can Board, we’re avid Gloomhaven fans and have had a consistent group of four that has met over the course of two years. So naturally, a huge standalone follow-up has us more excited than a Vermling Scout surrounded by coins!

While we all expected to be given a new map to venture around in with Frosthaven, it’s been an unexpected and pleasant surprise to see just how detailed and rich with opportunities this new map is. At roughly twice the size of the original Gloomhaven map, this new map is split in half. The top half represents the cold, northern region of the world where Frosthaven takes place and will be familiar to Gloomhaven fans. You’ll be unlocking scenarios, sticking them onto this half of the map and then venturing forth to new and exciting locales. 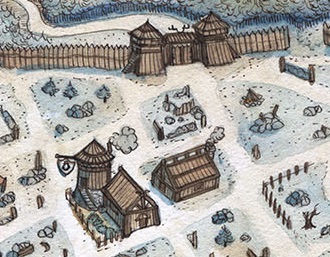 However, it’s the bottom half that has us most excited. Here, there is a very large and detailed map of the settlement of Frosthaven itself. During the course of the game, you’ll be unlocking and constructing new buildings and defenses, and placing stickers onto this settlement as you do so. Frosthaven places a larger emphasis on what you do outside of scenarios, and building up Frosthaven is at the core of this. Now, not only will you be unlocking new classes and scenarios, you’ll also be unlocking features of your town, which gives you even more hidden aspects of the game to look forward to exploring.

Also, it’s worth mentioning that the new map is simply gorgeous as well.

The buildings that you construct in Frosthaven are not just for show. They will also house useful vendors and tradespeople that you can utilize to equip yourself before you head off to scenarios. For instance, you will be able to access a craftsman that will create gear for you, like shields, spears and armor, to name a few. In Gloomhaven, you needed to go to the market and spend gold in order to gain new gear for your character, but in Frosthaven, you’ll be able to find resources like wood, metal and hide, and then spend these resources at the craftsman to create all kinds of new items for yourself. 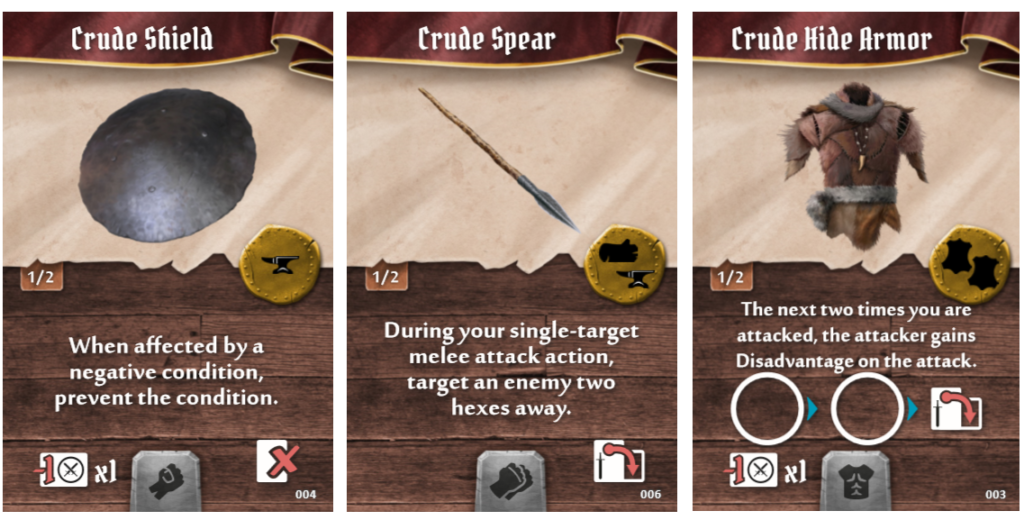 You’ll also gain access to the Alchemist in Frosthaven. Here, you’ll be able to bring any herbs you’ve collected and turn them into potions for your character. However, it isn’t as simple as referring to a chart to figure out which potions you’d like to create. Rather, Frosthaven will come with a sealed folder with punch-outs, each one featuring a different potential mixture of herbs. You won’t know what potion you’ll be mixing until you spend the herbs and punch out the piece from the board. This means you’ll have to come back multiple times and spend herbs to figure out all the different potion combinations available. But don’t worry; you can also upgrade the Alchemist in order to distill potions you don’t want to gain some of those herbs back.

While Frosthaven still features City and Road events like Gloomhaven did, these decks will have two versions to reflect the two seasons in the game: Summer and Winter. The game will begin in Summer, but after you return to Frosthaven from scenarios 15 times in a campaign, the season will change from Summer to Winter. 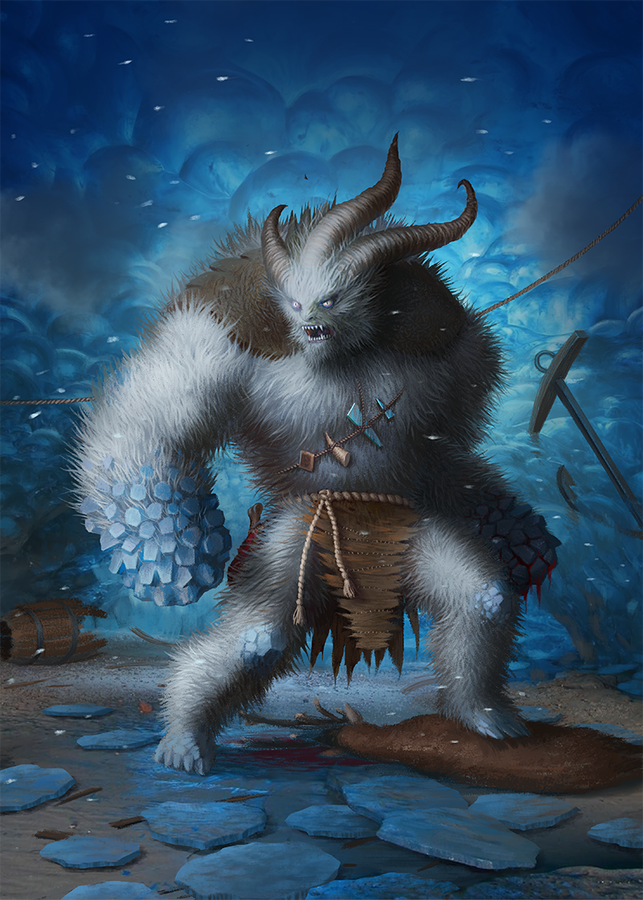 At this point, the event decks will switch out for much harsher and nastier versions and you’ll have to survive 15 more passages of time for Summer to return and the decks to flip back to their Summer versions. This makes for a much more thematic passage of time in the game. If you haven’t prepared Frosthaven enough for the arrival of Winter, you’ll feel the effects of your negligence. You’ll also feel the game moving forward by the passage of the seasons and how close you are to the next one.

Also, some scenarios might only be available in certain seasons! This will add an extra bit of tension if there’s a particular scenario you want to undertake, but must do so before the seasons change. Or likewise, you may have to wait for a certain amount of time to pass before being able to tackle a specific scenario on your list.

We’re no stranger to loot tokens. Many laughs were had over the past couple years watching our Scoundrel or slew of unlockable classes find new and devious ways to hoard loot tokens and become rich beyond their wildest dreams.

In Frosthaven, it won’t just be gold you’re after anymore. Now, your loot tokens will provide you with opportunities to draw from a new deck of cards: the loot deck. This loot deck will feature the gold tokens you’re familiar with, but it will also feature resources like wood, metal, herbs and hides. You may even flip a card that lets you draw a random rare item! There are now many more kinds of rewards, which will incentivize you to fight for loot tokens even more than you already might’ve been.

Okay, we’re cheating a bit here. This is technically four different things and this isn’t technically a new feature, so much as it’s just new versions of everything that came with Gloomhaven. But with all the new mechanics, abilities and gameplay features being presented in all these areas, we’re counting them on this list!

There are 16 brand new classes to play as and the 6 starting classes are also more complex and varied than the original starting classes of Gloomhaven. There are over 100 new scenarios; 60 from the main story and over 40 side quests. There are over 20 new enemies to battle against and over 100 new items to craft, buy and discover. Simply put, somehow this is shaping up to be a bigger game than the original Gloomhaven! 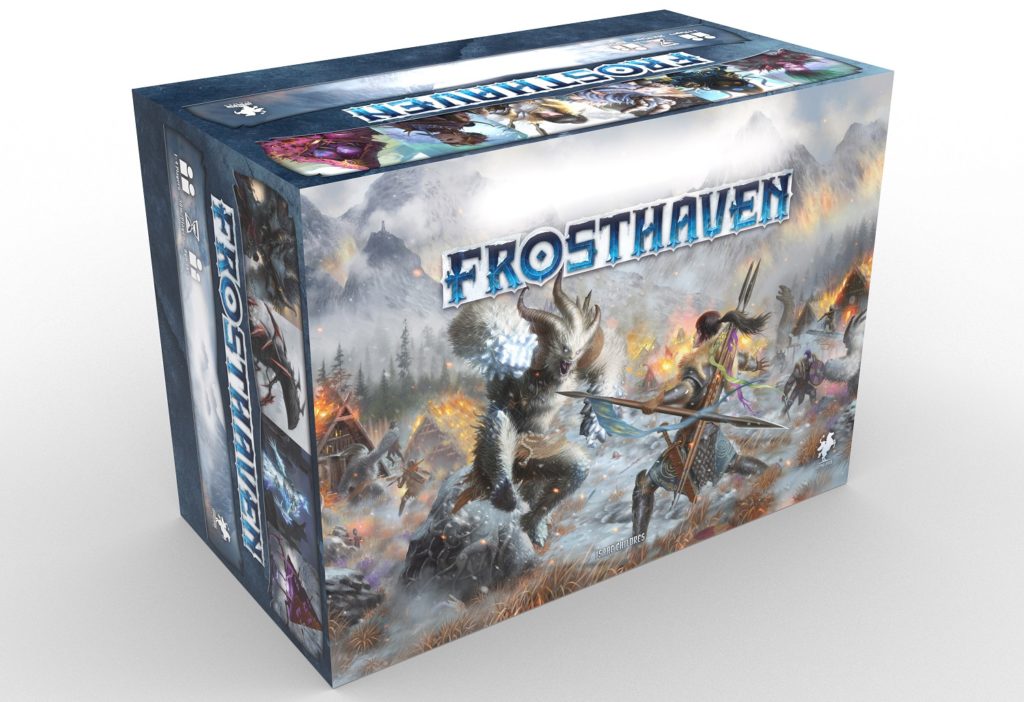 Frosthaven is on track to be an absolute beast of a game, just like its predecessor. Gloomhaven provided us with over two years of content for our four-player unit and we’re expecting Frosthaven to be just as rich with opportunities to play and discover. Keep your eyes peeled for much more Frosthaven content in the coming days and weeks as we delve into this harsh and exciting new piece of the world!