Ten years ago, 7 Wonders was met with widespread acclaim upon its release. This card-drafting game for 2-7 players caught the attention of many, due its civilization-building theme and promise of an easy-to-learn yet strategic game for higher player counts. Not all opinions of 7 Wonders have been glowing endorsements, however. Over the years, many people have also dismissed it for its scoring system or have claimed the game presents no difficult decisions. Very few games divide the community like this.

7 Wonders is played over three rounds (Ages), and each player starts the game with a unique personal board, otherwise known as their Wonder. Each Age, players will draft cards and pass the remnants to their neighbours. The colours of the cards represent various categories such as military and science. At the end of each Age, players will compare military strength with their immediate neighbours, and at the end of the game, the player with the most points wins. 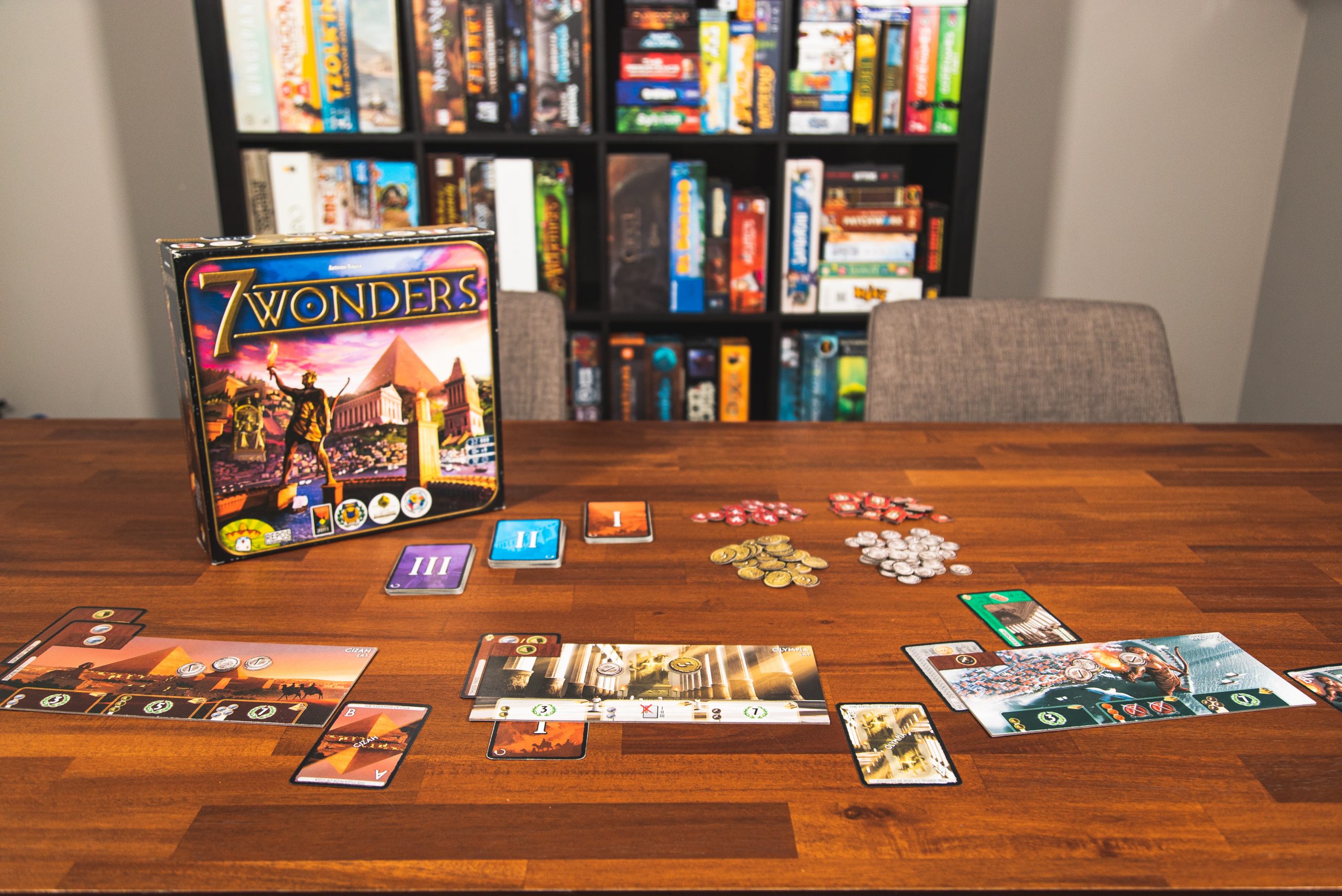 Despite the player boards and coins, this is still primarily a card game. You can get some points from constructing the stages of your Wonder and/or having leftover coins, but the bulk of the points and gameplay revolve around the cards.

I have some issues with 7 Wonders, but there’s also a lot to like.

While the player count seems appealing on the surface, it’s also a bit of an oddity. If you play with 2 players, you essentially have to play with a third dummy player, known as the “Free City”. Some people say they actually prefer 7 Wonders with only 2 players, but I’d rather just play a different game that works better at 2 players, such as 7 Wonders Duel, released in 2015. It’s a brilliant rendition of 7 Wonders that captures most of what I love about the original but in an ideal 2-player format.

I’ve played 7 Wonders with 6 and 7 players a few times, and although it works, I would actually say I prefer the game at lower player counts. In some ways, you only truly interact with the players to your immediate left and right while drafting cards and comparing military strength at the end of each Age. However, to really do well in a game of 7 Wonders with some skilled players involves being aware of which cards other players at the table have been playing, which strategies they’re going for, and a lot more. 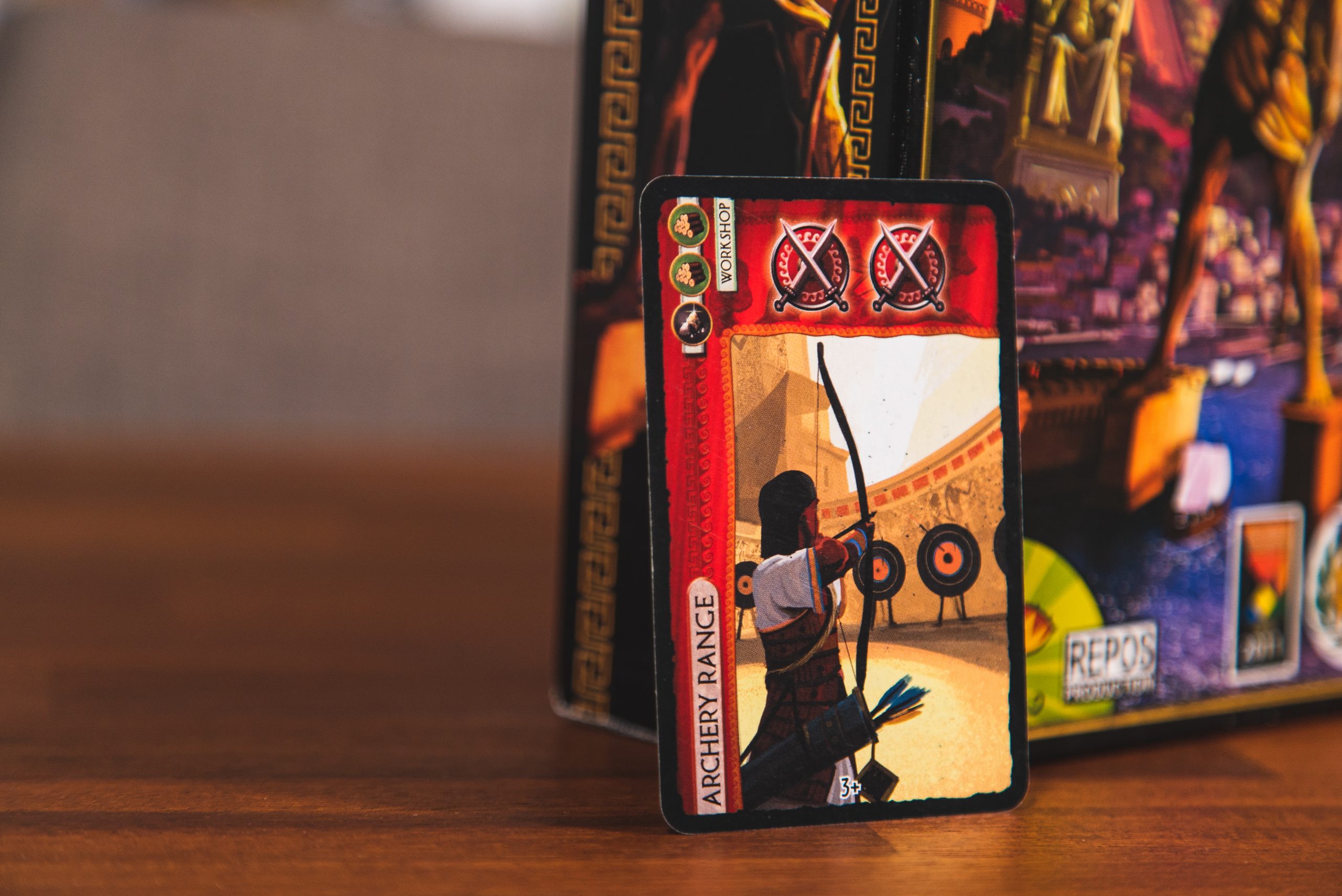 Looking two players over to your left or right will give you more information on how your immediate neighbours feel about their current military strength, allowing you to predict how much more they’ll invest in military. Also, even if you have no direct interaction with the player across the table, you might notice they’re investing heavily in science cards and if nobody stops them, they could win. So, you might draft science cards or trade them for coins or use them to build a stage of your Wonder, to prevent that other player from later being passed those cards. 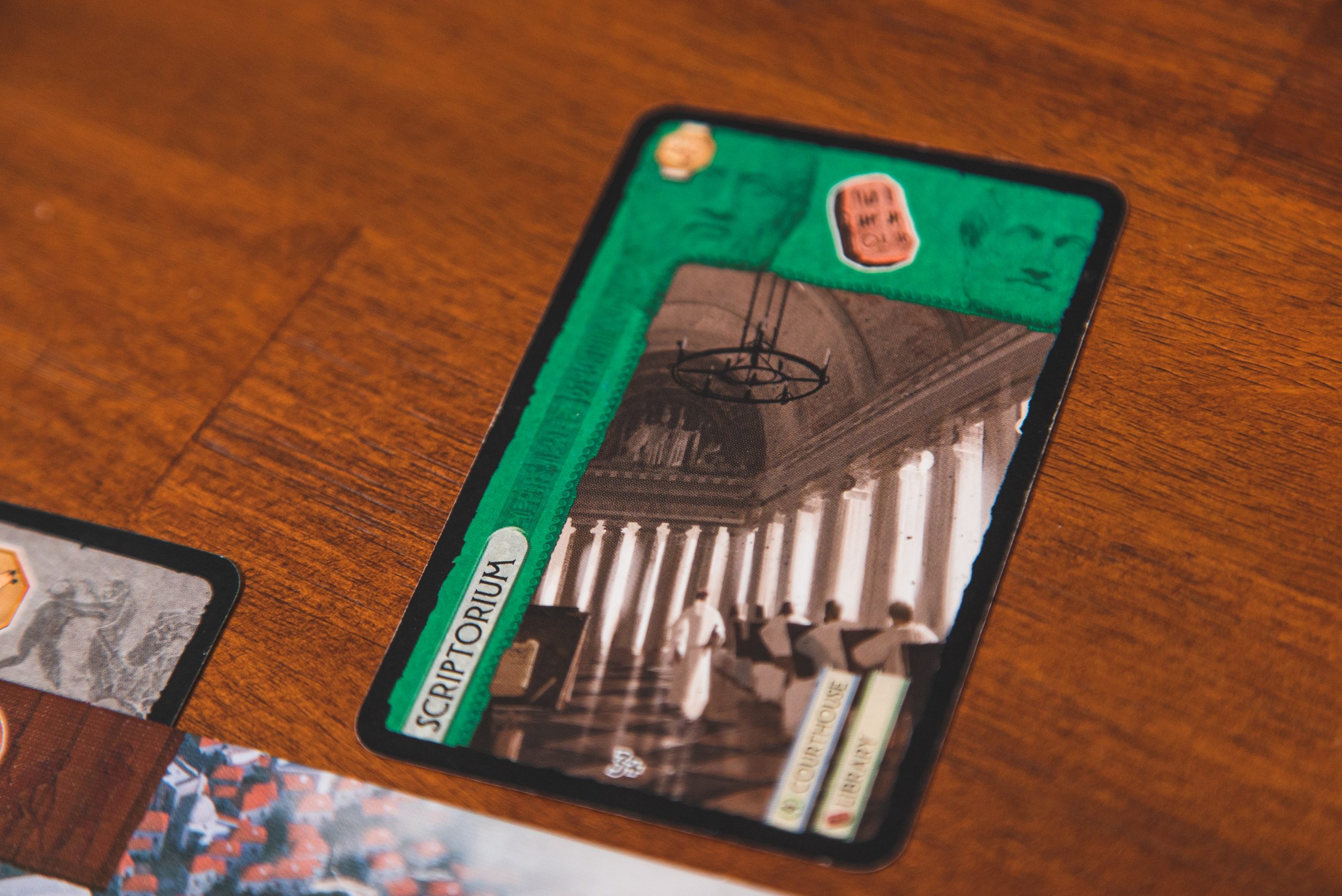 The issue here is that the higher the player count, the more you need to focus on getting points for yourself rather than denying other players. So, going back to the example above with the science cards, at times it can feel like the only way to stop a player from running away with the lead is to stray from your own gameplan slightly in order to derail them, which could cause you to lose.

It feels like no matter the player count or the group of people, there’s always one area where 7 Wonders falls short for me. If I play with two players, I feel like 7 Wonders Duel would be a better choice that captures almost everything I love about 7 Wonders. If I’m looking for a lightweight card game to play with 6 or 7 people, I’d prefer something even quicker and easier to teach, like Sushi Go!, or a game with more player interaction, like Bohnanza. Currently, Between Two Castles of Mad King Ludwig has replaced 7 Wonders in my collection in terms of complexity and player count.

It feels like no matter the player count or the group of people, there’s always one area where 7 Wonders falls short for me.

Once you go above 4 or 5 players in 7 Wonders, I believe the game suffers. It might become a deeper experience as there’s a lot more to keep track of, but that could also slow down the game quite a bit. Who really wants to have to look around the table and try to keep track of what 5 or 6 other players are doing, especially late in the game with so many cards on the table? In a game with simultaneous play such as this, who wants to be the player holding up everyone else at the table? 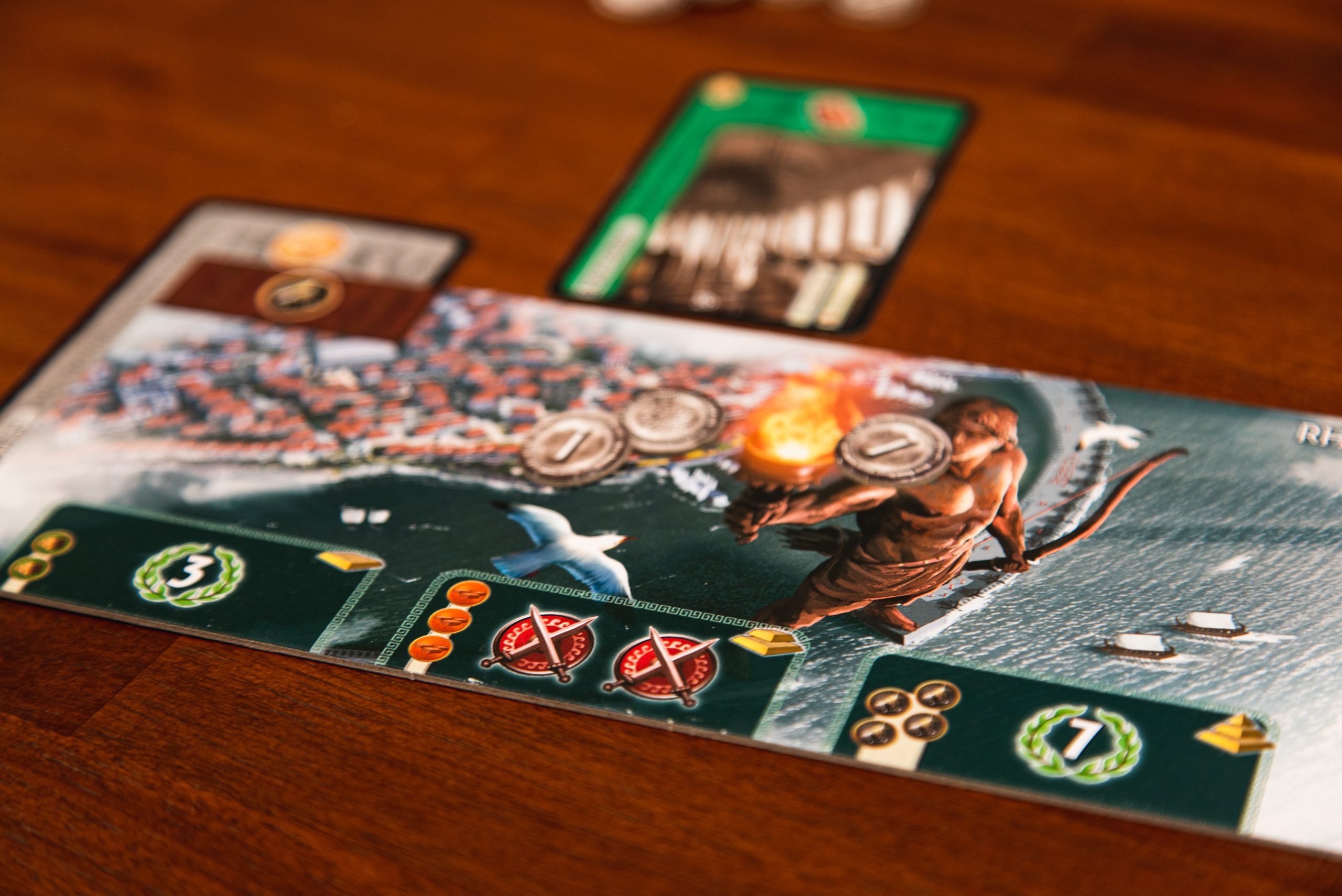 Yet, 7 Wonders succeeds at being a great option to keep everyone involved, as there is almost no downtime. Simultaneous play for this many people is almost always seen as a positive, and if you don’t have many other games in your collection that fit this need, then 7 Wonders might still be a great option for you.

Player count issues aside, although the scoring system doesn’t bother me as much as it does for many, it isn’t perfect. My main issue with scoring is that the complexity of the system and the duration of the scoring at the end of the game don’t seem to match the weight and complexity of the game itself. Depending on the group, 7 Wonders could be used as a gateway game to introduce newer or less experienced gamers to the hobby. On the other hand, explaining how each category scores, particularly military and science, can sometimes confuse new players, and especially at higher player counts, scoring can feel like it takes too long for a game this short. 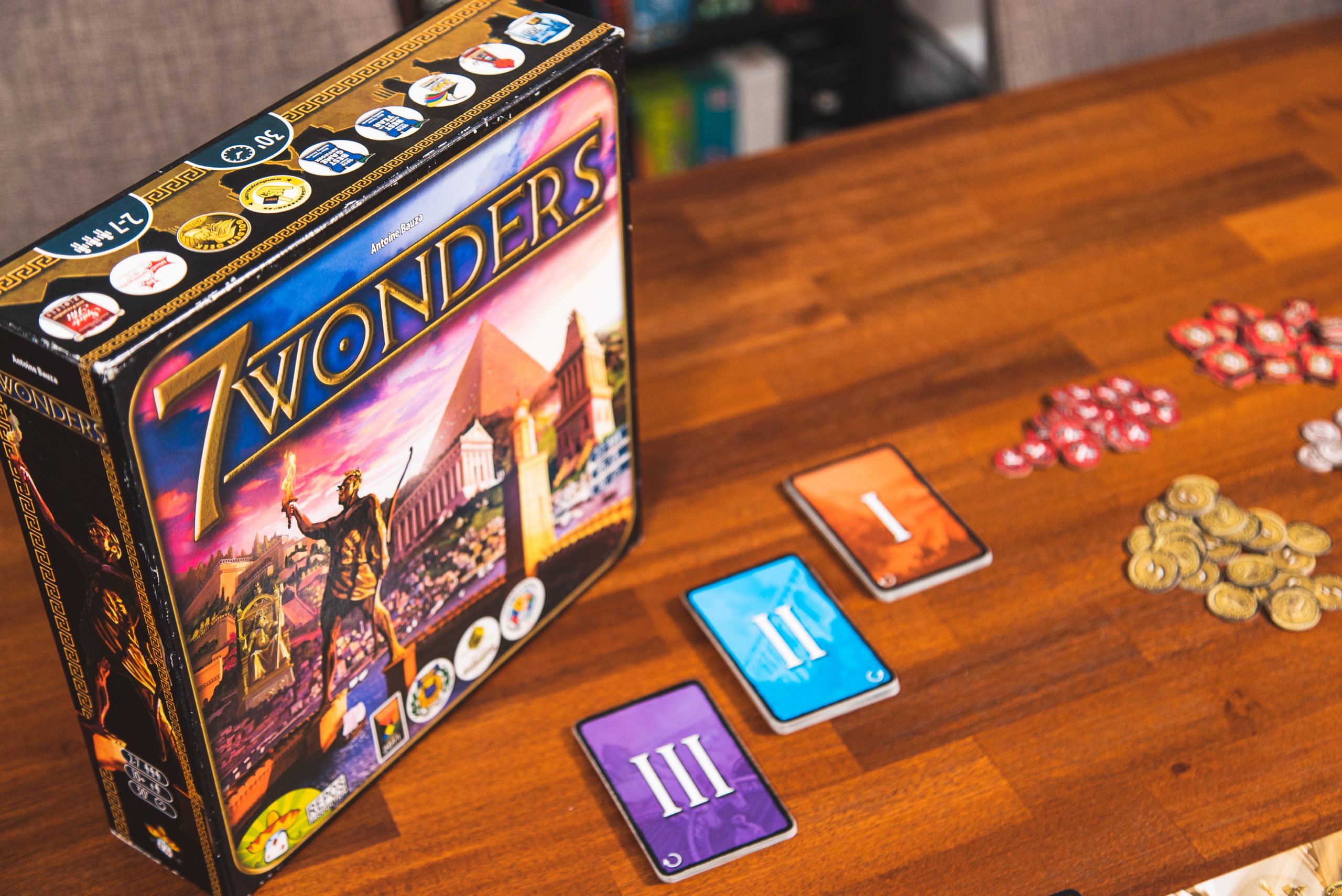 Most of us have games in our collections that we’ve played countless times, and would still enjoy playing, but have been collecting dust on the shelf for quite some time. For me, the game on my shelf that best fits this description is 7 Wonders.

Back when I had fewer than 10 board games, 7 Wonders filled a niche in my collection that no other game did. When I first bought it, I played it at least 15-20 times in the first year or two. Now, I haven’t played it in at least five or six years, even though I think it’s a great game and would likely never turn down a game if someone suggested it. If I still had a fairly small collection, this might stick around, but due to the number of games I would choose over 7 Wonders today, I will be selling my copy.

Whether you like 7 Wonders or not, you can’t deny the impact it has had on the board game world, particularly as a leader in card drafting. Genre-defying games like this don’t come around often, and even though I think there are plenty of better options available in that realm today, 7 Wonders should be treasured and appreciated for its undeniable impact on the world of board games. 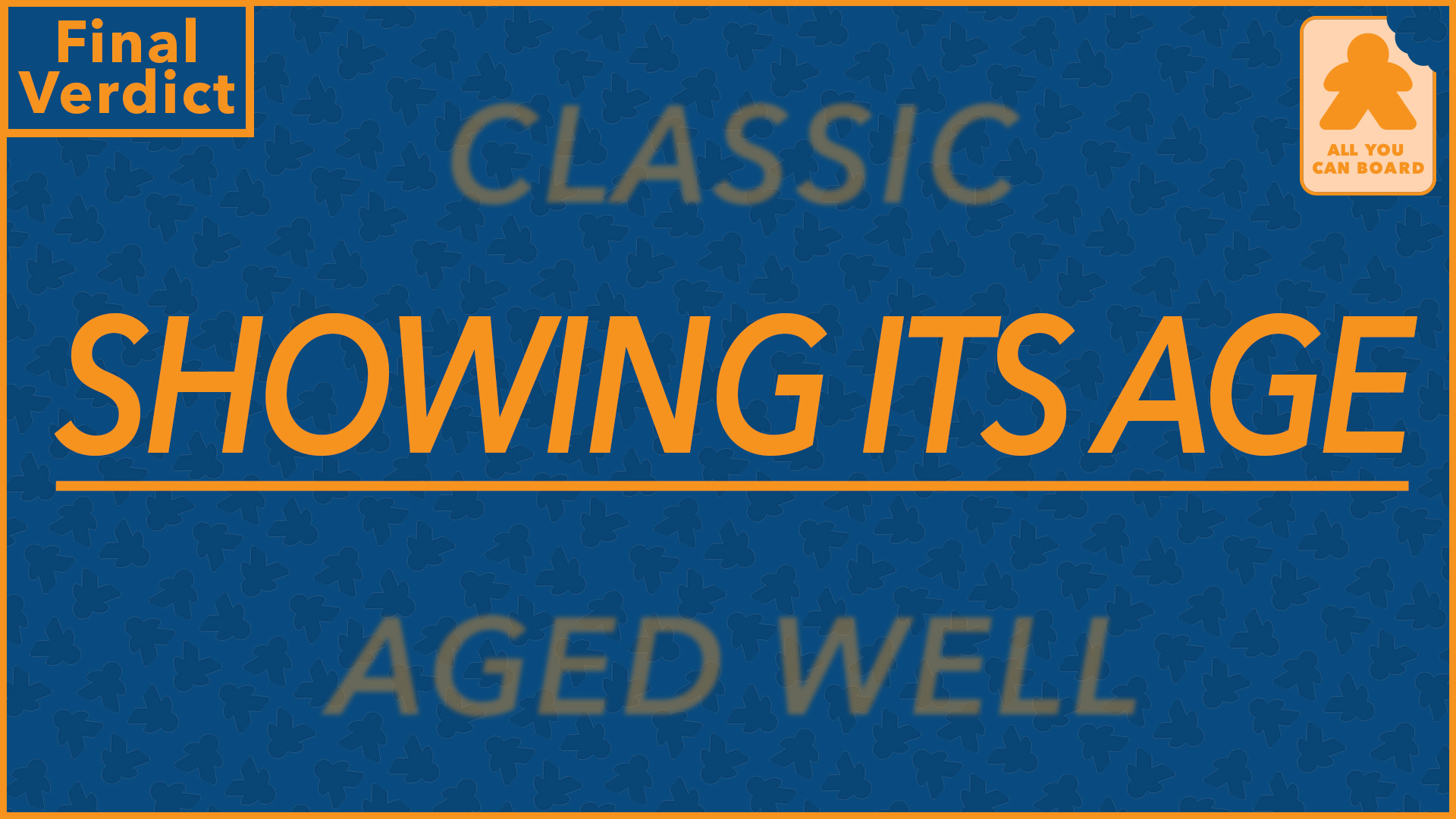 Carlo & Dylann | All You Can Board@AllYouCanBoard·
24 Jan

If you're a fan of negotiating games and/or Reiner Knizia, there are a pair of games on Kickstarter you might want to check out! Zoo Vadis from Knizia and Gussy Gorillas from Nick Murray! Here's our first look at them!