Our fourth overview is for the Banner Spear. 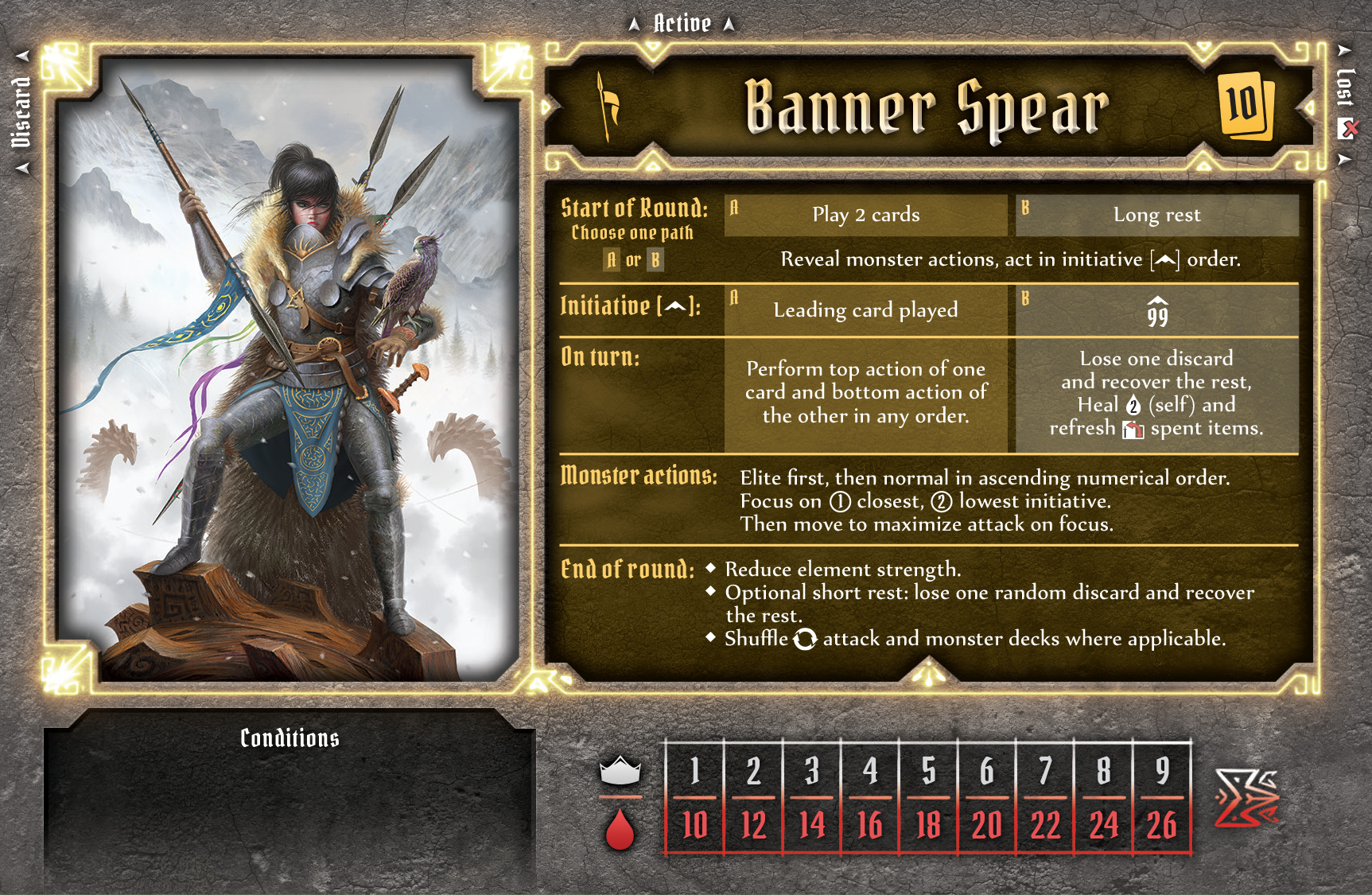 The Banner Spear is a very interesting new class in Frosthaven that requires constant spatial awareness of the room, manipulation of summons, and constant communication and teamwork with your allies. It also has several similarities to one of the unlockable classes from Gloomhaven, but I won’t name which one or delve into the comparisons to avoid spoilers for those who want to find that out for themselves.

This is a tanking and damage dealing class, but interestingly, it’s a tanking class with decent access to ranged attacks as well. The core mechanic of this class, and what sets it apart, is its utilization of having an ally, summon or character in certain positions on the board in order to execute some of its ability cards. We’ve seen some of this positional importance from Gloomhaven with the Scoundrel, but the Banner Spear takes it to the next level.

Many Banner Spear cards feature hex diagrams on them and these will indicate a grey hex for where the Banner Spear needs to be and red hexes for where the enemies need to be. This is common ground for those who have played Gloomhaven. The difference is that now there are also green hexes on these layouts and you need to have an ally on that green hex in order to use the ability card. This means the results are usually better and more powerful, because of the extra setup required.

However, as with Gloomhaven, it’s hard to always anticipate what enemies and allies are going to do and whether or not you’ll be able to position things the way you need. Often times, in my playtesting, this meant I would begin a round with a plan of how I wanted to position things in order to execute an ability card, and then have to resort to using the top ability as a baseline Attack 2 instead because the positioning didn’t work out.

That being said, this was with a 2-player party. In a 4-player group with summons in play as well, I imagine there will be many more opportunities to position yourself in the necessary way to execute the ability. Plus, as the Banner Spear levels up, it will gain access to even more powerful abilities, which give the positioning requirement extra incentive. And there are sure to be new cards to help make the requirements a little easier to attain as well.

The Banner Spear’s starting options feature six cards with a positional requirement that involves an ally’s position. Some of these are easier than others. For instance, being next to your ally for Unbreakable Wall will likely be easier than having a monster surrounded by the Banner Spear on one side and an ally on the other for Pincer Movement.

Utilizing the Banner Spear as a tank means it’ll always be around enemies, so allies can crowd around without fear of taking damage, and the Banner Spear will be able to activate its positional requirement cards easier. This seems to be a strong strategy with this new class. 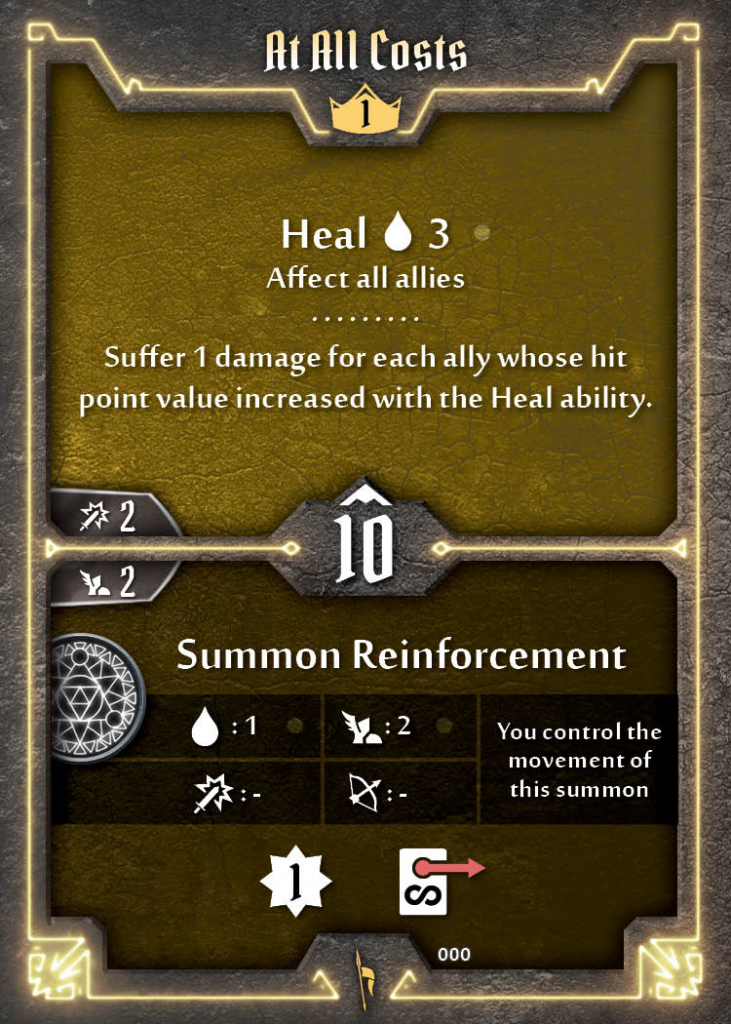 At All Costs is another important card for the Banner Spear, as it features a summon whose movement the player can fully control. This means the summon can be utilized for positional requirements on the abilities without the randomness and unpredictability of a regular summon. However, it is pretty weak so this likely isn’t a long-term or permanent solution for the positioning issues.

The Banner Spear also has access to three solid ranged attack options that give you alternatives to front-line position-based attacks. 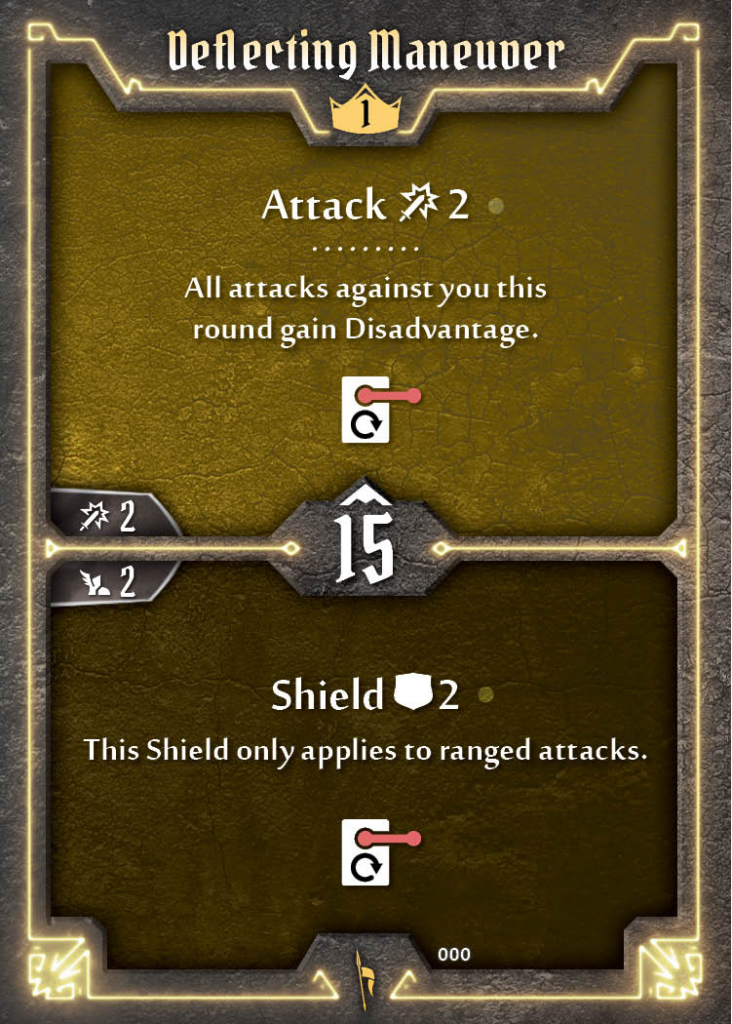 Another very important card in terms of the tanking strategy is Deflecting Maneuver. The top offers a base melee attack that also makes all attacks against the Banner Spear have disadvantage this round, and the bottom is just as helpful, giving a Shield 2 for the round, which, when paired with the permanent Shield 1, provides tons of protection. 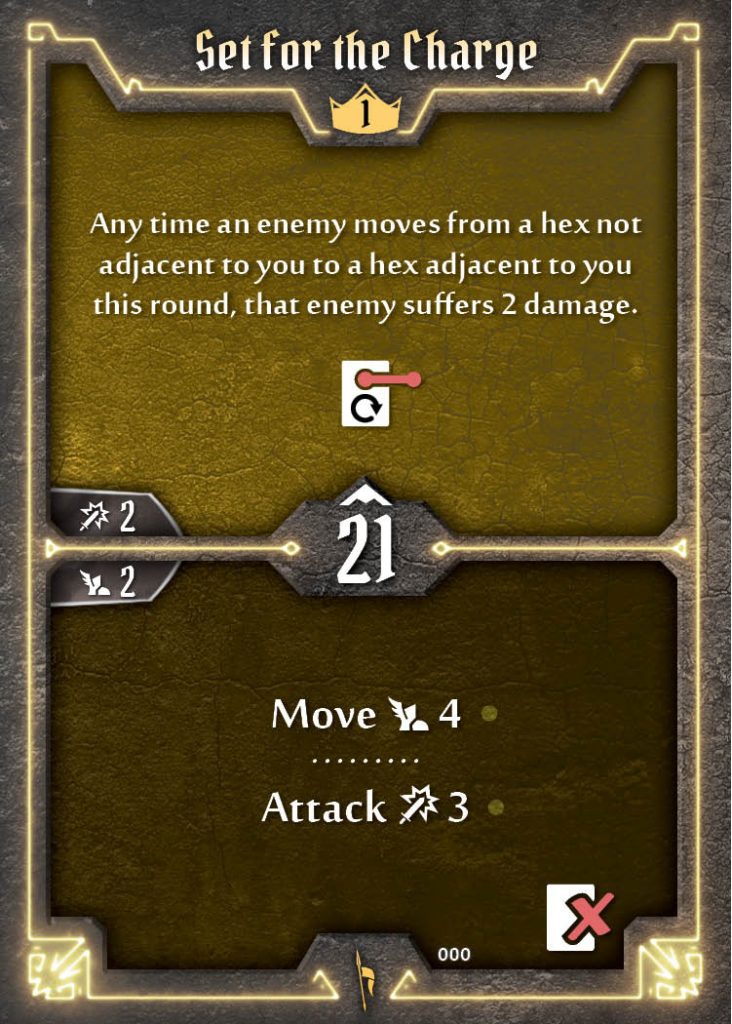 Besides a couple heal options, the other standout option is Set for the Charge, which damages all enemies that approach the Banner Spear, another important tool in its tanking arsenal. 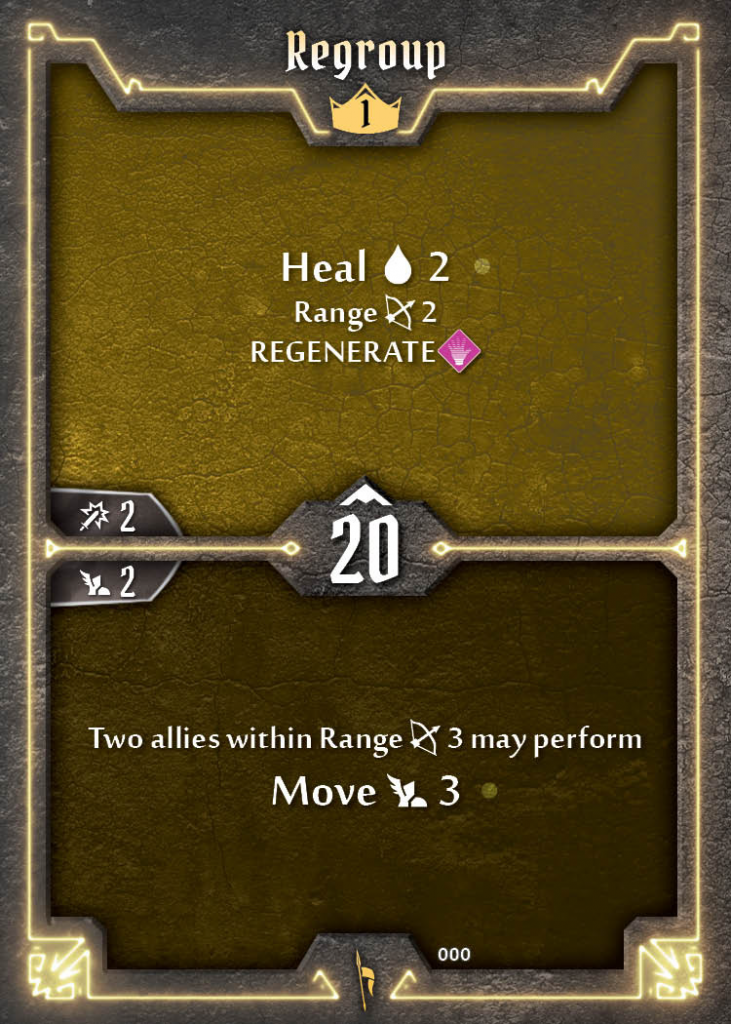 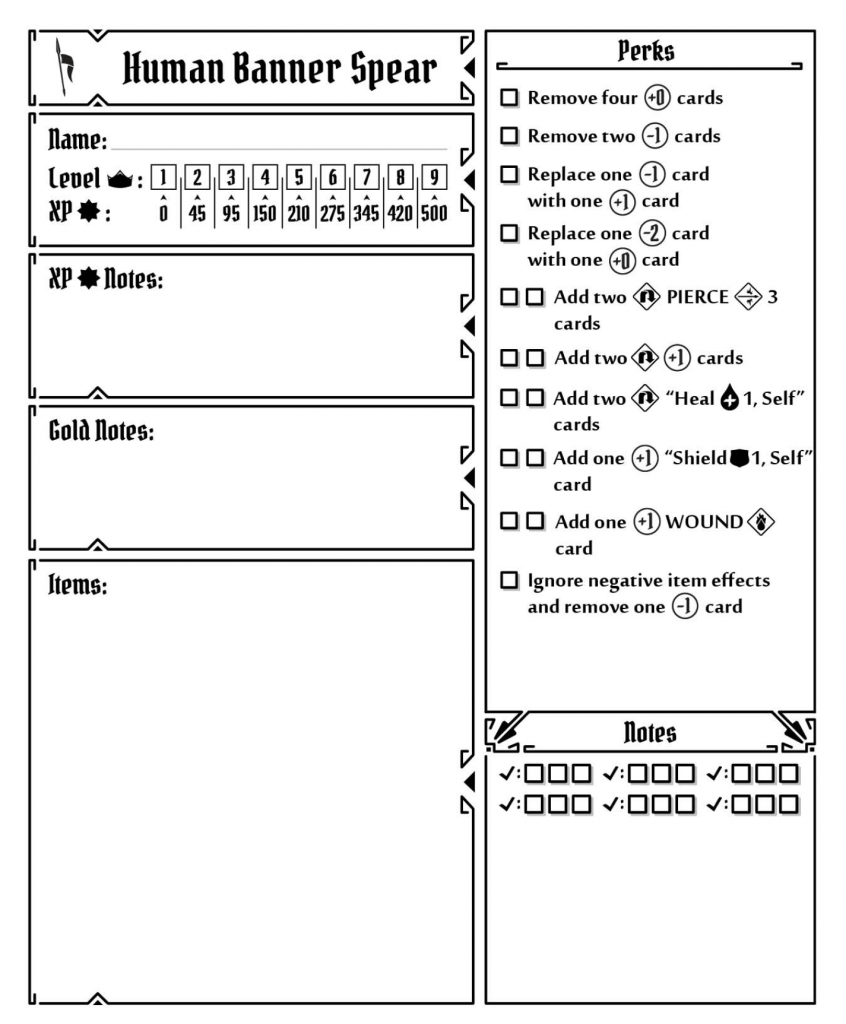 There’s nothing overly surprising about the perk options here, but they’re all solid nonetheless. While you’ll likely want to remove the negative cards and get some new positive ones in there as soon as possible, the additional Shield options could be very useful and the Piercing options are also especially attractive against those annoying enemies with high Shield values. 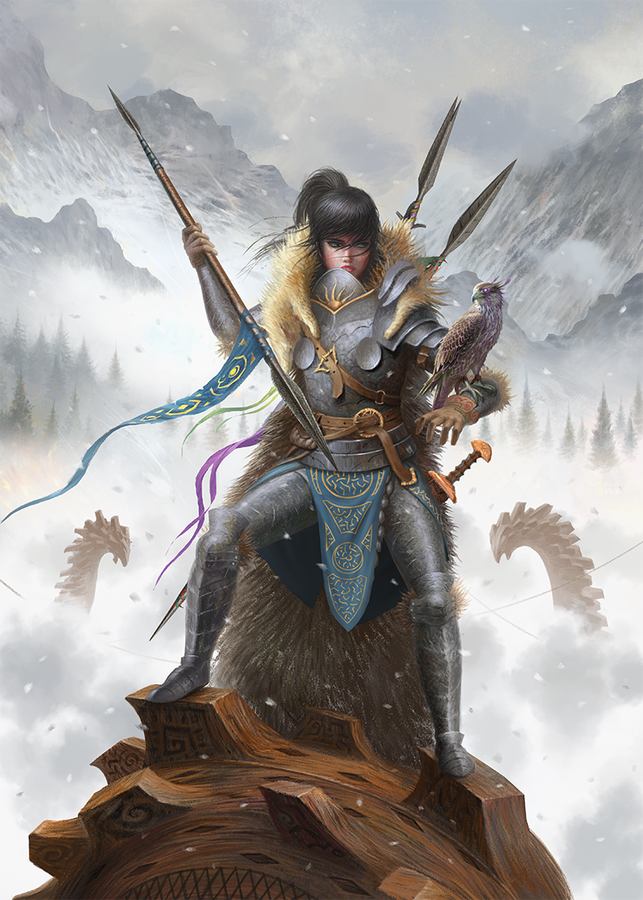 The main challenge of this class will revolve around how well you can consistently meet the positional requirements. That will depend on whether your team members are willing and able to cooperate often enough to be in the spots they need to or your summons are able to stay alive long enough to do so themselves.

It’s also possible that you could forego the positional requirements entirely and focus mostly on the tanking build aspects of the class. I could see an opportunity to slowly eliminate many of the more difficult positional cards and add in more damage dealing and tanking options to make this class more manageable and less finicky to play.

And that’s the Banner Spear! I’ve only been able to test this class out briefly, but I’m really looking forward to playing it further.  It’s challenging, but it’s also a lot of fun to try and figure that challenge out and meet the requirements needed, because it feels oh so satisfying when you do.