Our second overview is for the Inox Drifter. 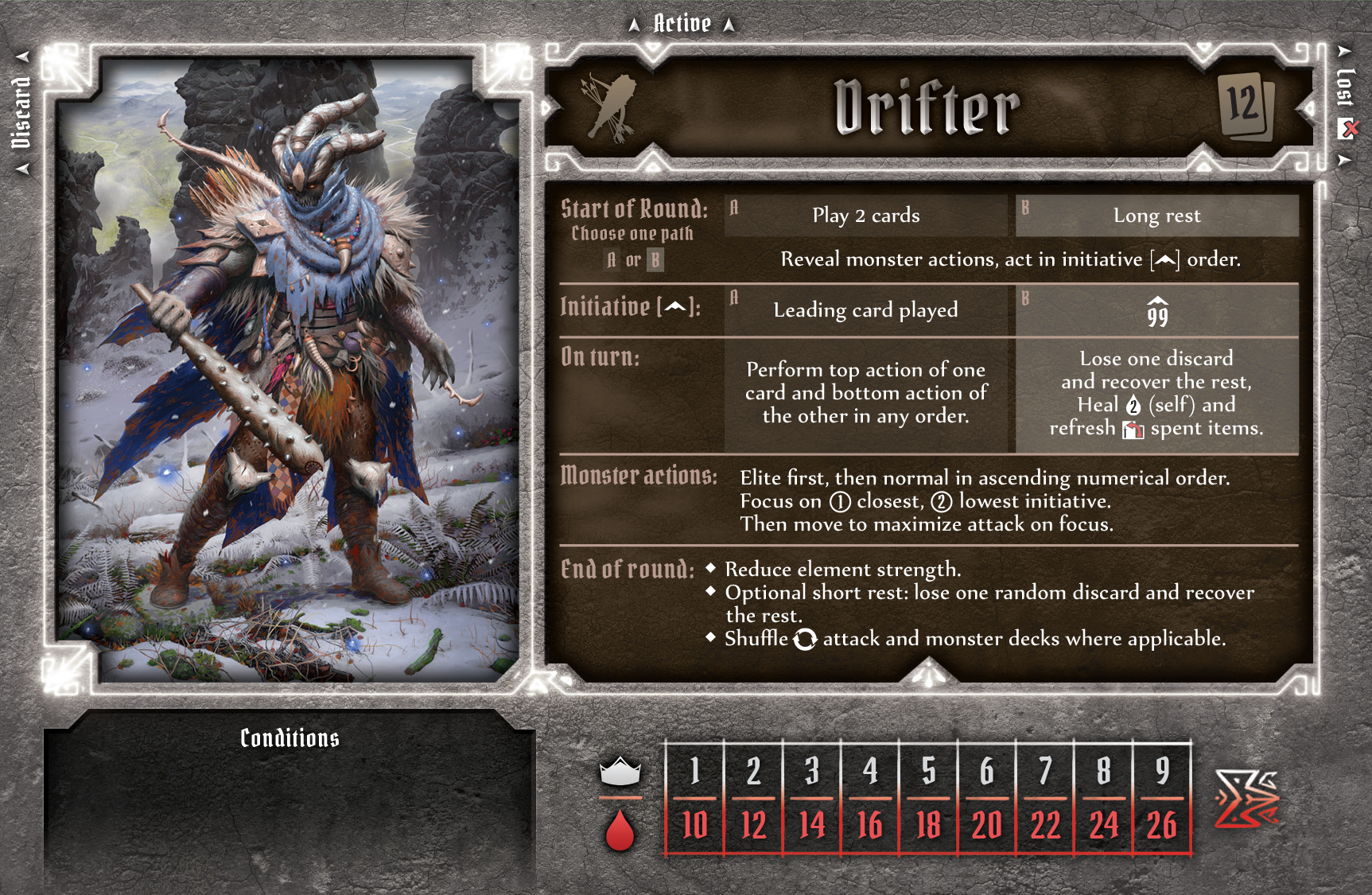 Of all the starting classes in Frosthaven, the Drifter might just be the most versatile and reliably effective. While many of the other classes offer powerful abilities and attacks, they require some extra leg work to set up. The Drifter offers powerful results off the bat and in my experience, it’s fairly straightforward and simple to keep those powerful results going without much of a dip.

The Drifter’s main mechanic is actually not new to Frosthaven. However, the way it’s utilized and manipulated is entirely new. The Drifter focuses on ongoing buffs from Persistent Bonuses that require placing a character token and then moving the character token each time you take advantage of the buff in question. Many classes in Gloomhaven had access to these abilities, but the Drifter, by far, has the most available to a single class with eight of its starting cards featuring this mechanic.

What sets the Drifter apart is how the class manipulates this feature. Several of its other cards feature an ability that allows you to push back your character marker on one of these tracks, giving you an extended time with the buff in play and delaying the point in which the card is lost. This means the goal is to put out some buff cards that are beneficial to your situation and then extend their life as long as possible.

The Drifter also has pretty much an even split of melee and range attack abilities, which gives him a lot of options in terms of finding opportune positions to inflict damage on enemies. To top it all off, the Drifter has high health and a 12-card hand.

Overall, the Drifter isn’t exactly introducing any majorly new mechanics, but there’s a new twist on an existing one. And in terms of pure damage dealing, the Drifter might just be the best option of the initial six.

To start, let’s look at all the aforementioned cards featuring Persistent Bonuses.

There are six in total and they all enhance some area of the Drifter’s arsenal. In my opinion, the bread and butter will be Precision Aim, Sustained Momentum and Crushing Weight. These feature +2 Attack to ranged and melee attacks and +2 Move. Playing these at opportune times and utilizing your token-moving abilities to keep them in play will be crucial to the Drifter’s success.

In my playtest with the Drifter, I was actually able to keep Crushing Weight in play for the entirety of the scenario using my token-moving abilities. This meant that for the entire scenario, I had +2 Attack to all my melee attacks. This was game-changing. At times, I actually felt I had the capacity to ALSO place Precision Aim down and maintain +2 Attack to my ranged attacks as well.

The other Persistent Bonus options are a bit more situational, but just as great. Unbreakable’s shield increase will be huge if you can focus on maintaining it, turning the Drifter into a pseudo tanking class. Continuous Health’s +2 to healing means that in a pinch, you can utilize the Drifter as a healer for the group, and an effective one at that, as paired with Precision Aim, you now have a consistent Heal 4 at Range 3 that also moves your character token back one space on the track. This is majorly powerful.

To top it all off, the Drifter comes with some great baseline attack cards, for instance Bloodletting. Keep in mind that with your +2 Attack buff, all of these attack abilities turn into ones you’d expect to see at level 2 or 3. 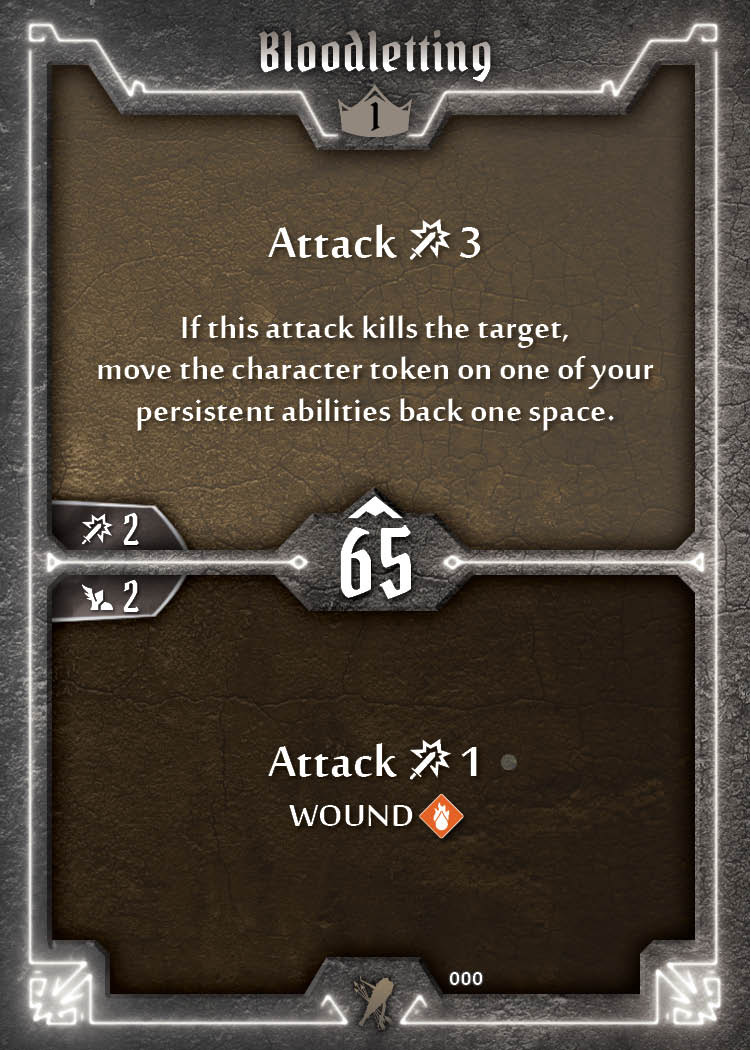 Having tested the class myself, the Drifter is very powerful. It’s also a very straightforward class and doesn’t offer a lot in the way of completely new experiences, but it’s hard to deny how satisfying it is to constantly push your character token back on your buff cards and watch the fireworks. 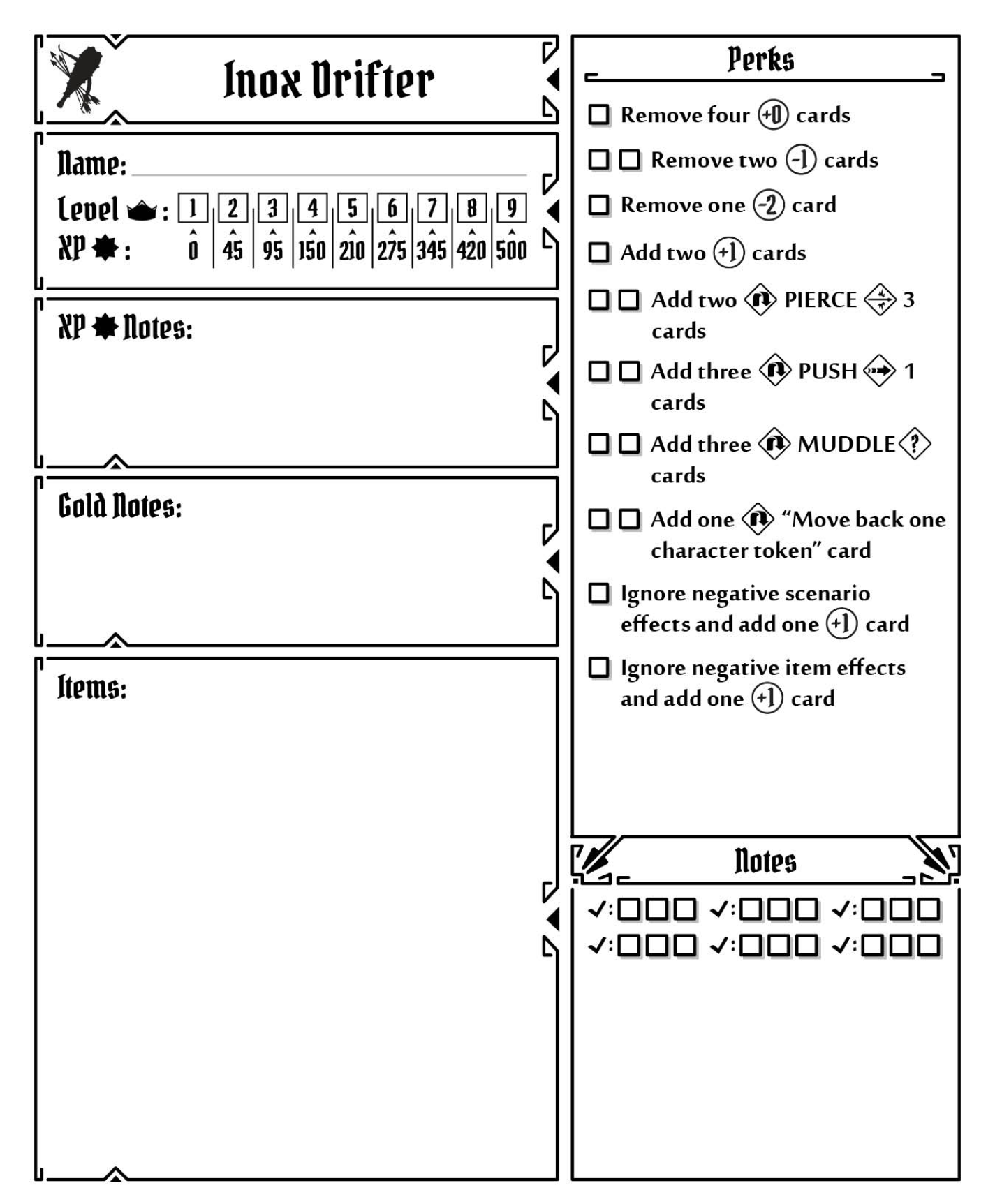 There’s nothing really new here. For the most part, it’s what you’d expect to find on a damage dealer class sheet. Your goal will be to minimize the negative cards so you’ll spend many of your initial perks removing -1 and -2 cards and then adding in positive damage cards.

The one very interesting and useful addition here is the two rolling “Move back one character token” perks. You’ll usually have persistent abilities in play and be able to utilize this, and the effect it has on prolonging your buff(s) is monumental.

Honestly, there aren’t many challenges here. Perhaps the main challenge will be arguing with your group over who gets to play the Drifter? This just seems like a very powerful class that you’ll always want to have in your starting group. 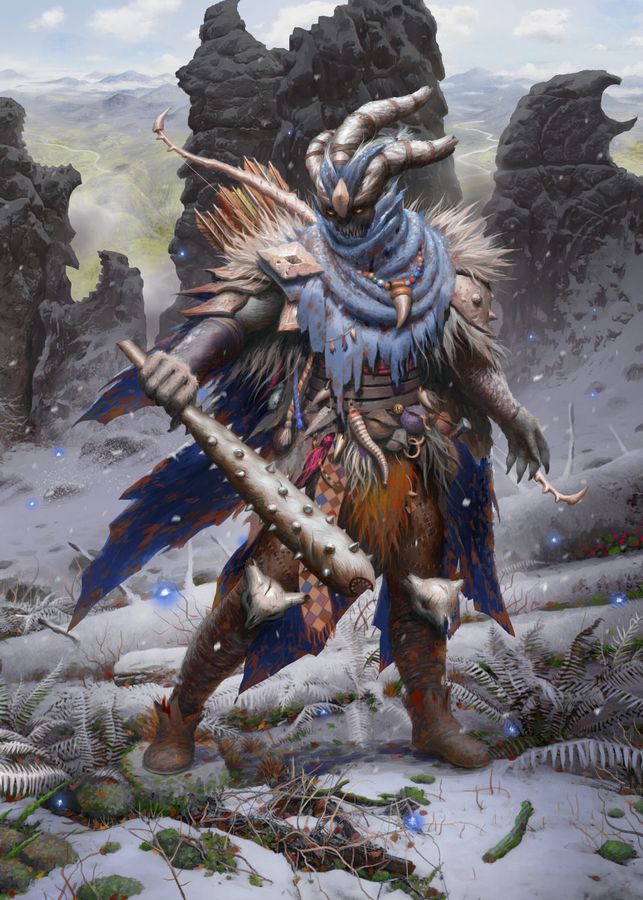 It has solid damage cards you can almost always expect to be buffed, great heal options, great movement options, opportunities to poison, wound and muddle, opportunities to throw up a shield and tank, and several ways to keep the buff train rolling. It even comes with several AoE options out of the gate, with another one gained at level 2.

The Drifter might  even be close to being OVERtuned, which perhaps will make things a little bit easier than you might like if you’re looking for a real challenge. That being said, we don’t know exactly what to expect from Frosthaven scenarios, so it could be completely balanced for those.

Really though, you can’t go wrong with this class. If you want to be out there dealing a lot of damage, dealing finishing blows, but also have the versatility to heal and tank as necessary, this is definitely the class for you.