Four factions – Romans, Barbarians, Egyptians and Japanese – battle it out for dominance in this 1-4 player card drafting, engine building and hand management game. The goal of the game is to gain the most victory points over five rounds. Victory points are gained from your buildings (cards) in play at the end, as well as points scored from cards throughout the game. 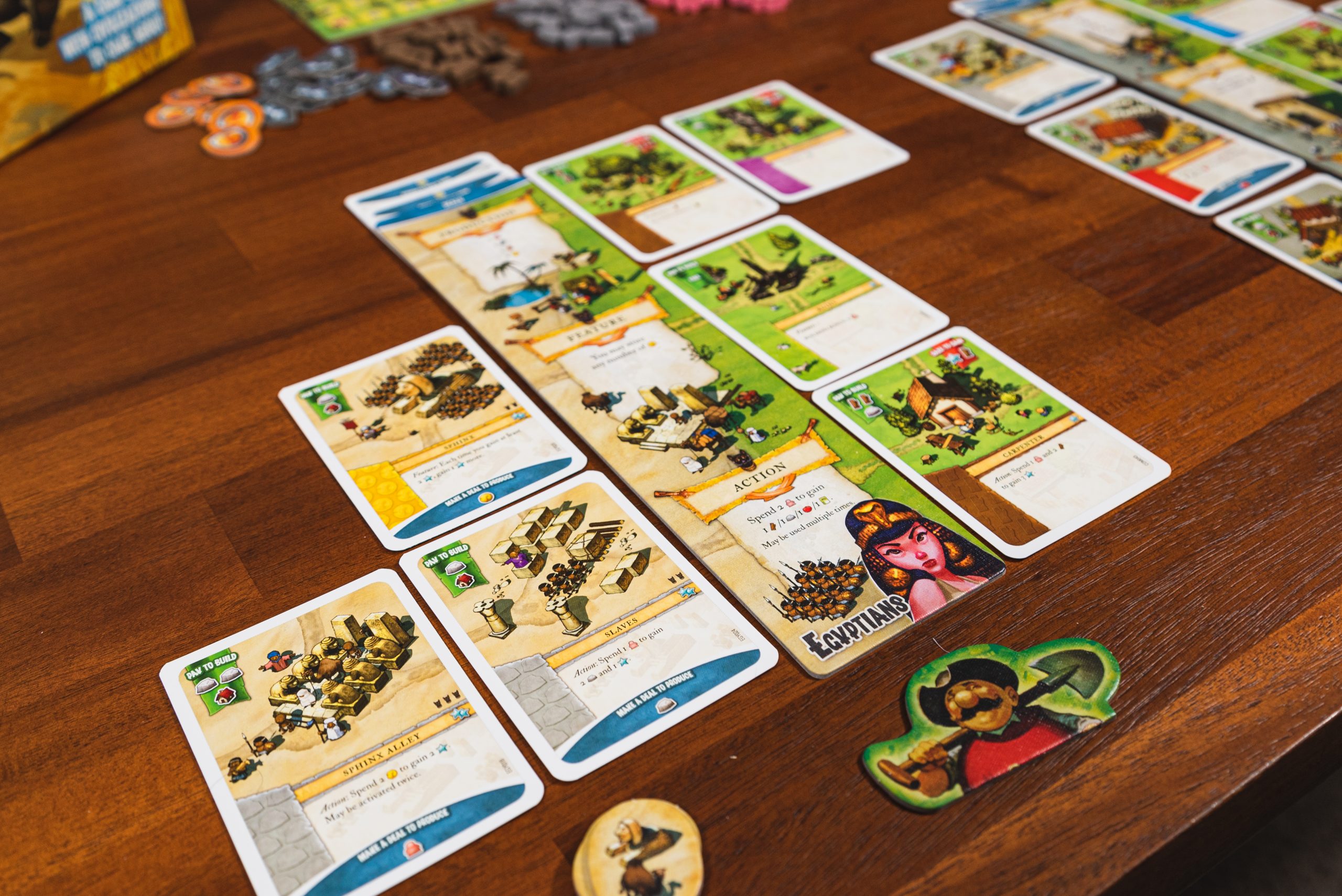 It’s not all that old, so you can still find copies of this quite easily. I got mine new just recently for 40 bucks, which is more than reasonable for how much I’ve played it already. Imperial Settlers: Empires of the North, a standalone follow-up game, was released last year, which offers an alternate take on the Imperial Settlers blueprint. I won’t focus much on comparisons of the two games here.

Imperial Settlers has a massive fan base. This is considered a follow-up to Ignacy Trzewiczek’s 51st State, which I haven’t played yet, but many fans of 51st State will concede that Imperial Settlers is the better game. Most people who like Imperial Settlers like it a LOT, and it’s easy to see why. So much replay value, four unique factions, many important decisions to make with long-term effects, rewarding increase in power as the game progresses, and a level of player interaction that suits the theme.

For some, it can feel too punishing for a player to completely destroy another player’s building by razing it, even though they salvage one wood in return. I can understand the feeling, but I don’t think it’s a fair criticism for this particular game. Thematically, players are warring factions settling in a crowded land. The game encourages players to act accordingly, and anyone who isn’t interested in that type of board game battle should either play with the Peaceful variant, which eliminates the ability to raze enemy buildings, or play a different, friendlier game. For anyone who enjoys being able to attack their opponents, this game might be for you. 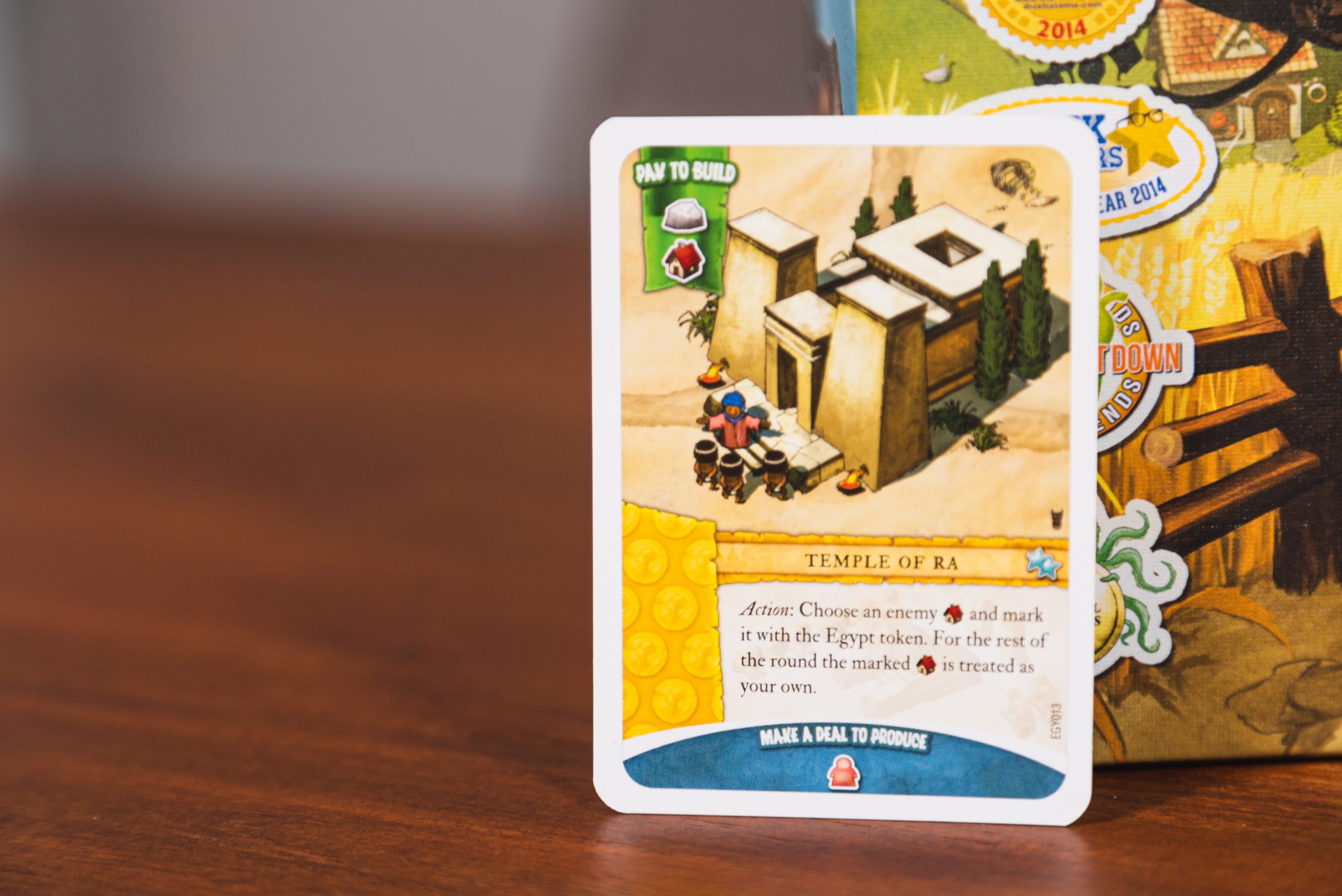 All four factions play quite differently in the resources they need most and how they interact with their opponents. There are already many expansions with additional factions, but there’s more than enough in the base game to last you a long time. Plus, the solo mode, although inferior to the multiplayer, is surprisingly good. It’s quick and works well to try out all the factions and get more familiar with the game.

In my experience, it seems the Egyptians have the highest capacity for points if other factions don’t get involved, followed closely by the Japanese. Those two factions can get away with just focusing on their own game a bit more, and waiting for opponents to come at them. I’ve found the Romans and Barbarians tend to have lower scores overall, whether they win or lose, just because they get involved with their opponents more and raze a lot more buildings. 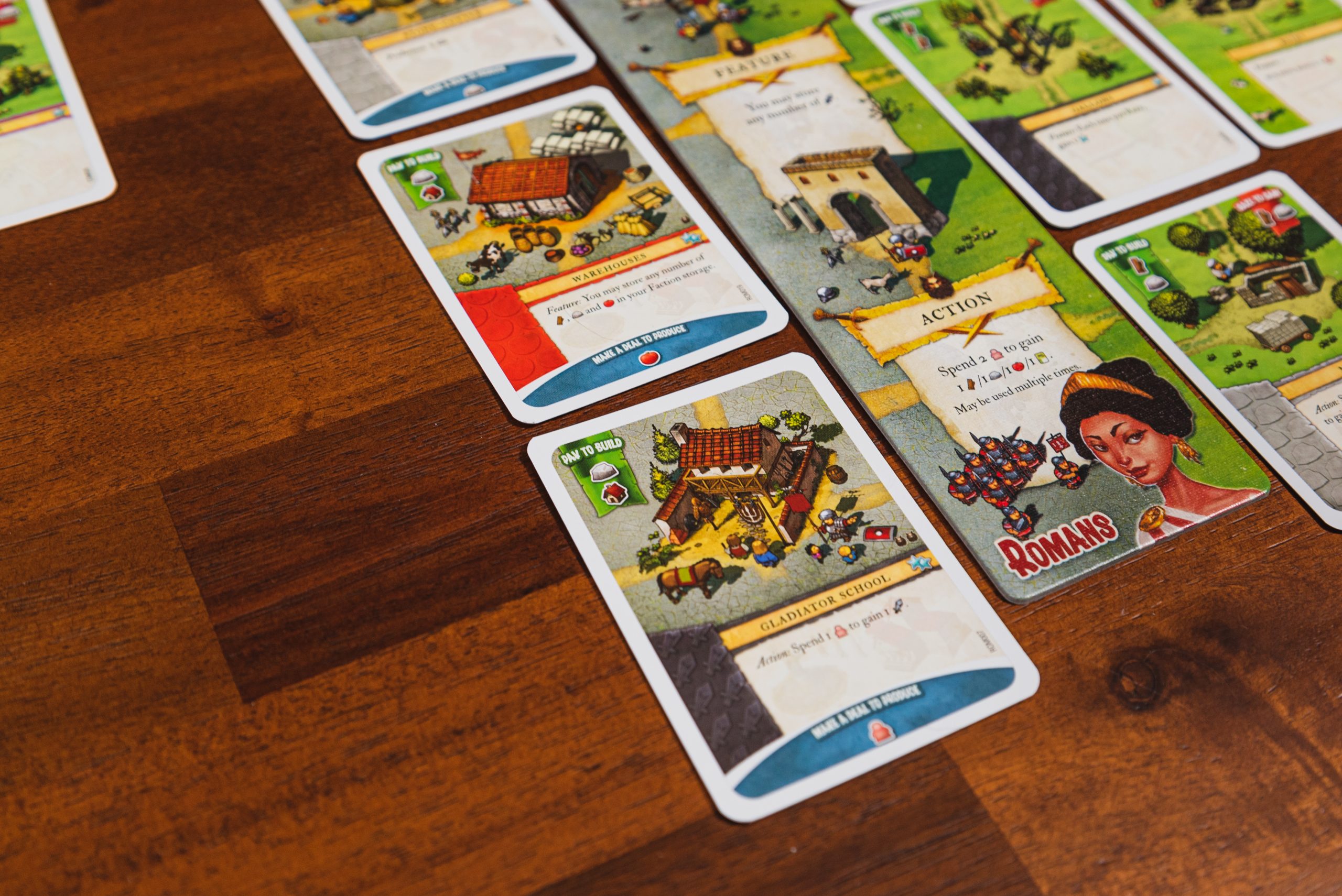 My biggest criticism, by far, is the small text size on the cards. This game encourages player interaction, which requires knowing what your opponents’ cards do, but from across the table or even beside players it’s often difficult to read other cards without leaning over the table or standing up. The text size could have easily been enlarged without even losing any of the nice artwork. There’s so much blank space around the small text.

I’m torn on the faction cards and common cards. On one hand, the deck of common cards adds variety to your empire each game even if you play the same faction over and over, but it also means all players have access to many of the same cards, which dilutes the unique traits of each faction and makes each person’s strategy feel less distinctive. 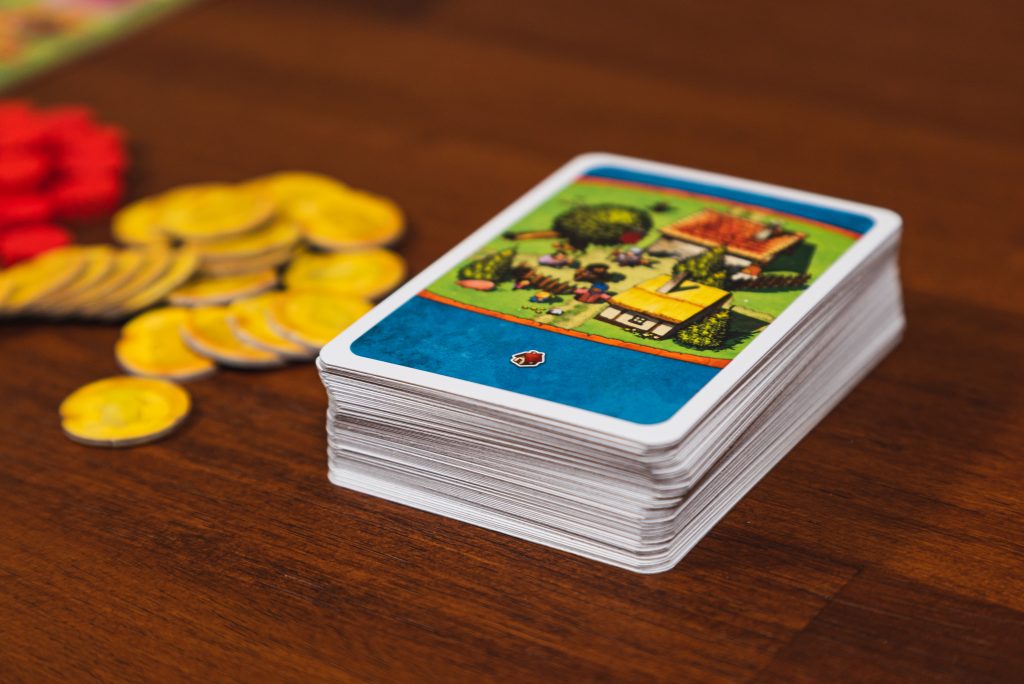 On one hand, the deck of common cards adds variety to your empire each game even if you play the same faction over and over, but it also means all players have access to many of the same cards, which dilutes the unique traits of each faction and makes each person’s strategy feel less distinctive.

The biggest disappointment for me, however, is that good or bad luck can sway the game a bit too much at times. Certain cards – like Administration for the Romans, Temple of Ra or Sphinx for the Egyptians, Rice Fields for the Japanese, or Sentry Tower for the Barbarians – are vital, and the earlier you draw them, the higher you’ll score. There’s often a substantial element of luck in most card-based games, but due to the length of Imperial Settlers, it’s hard not to feel disappointed when it ends and you find the cards you needed at the bottom of your deck. 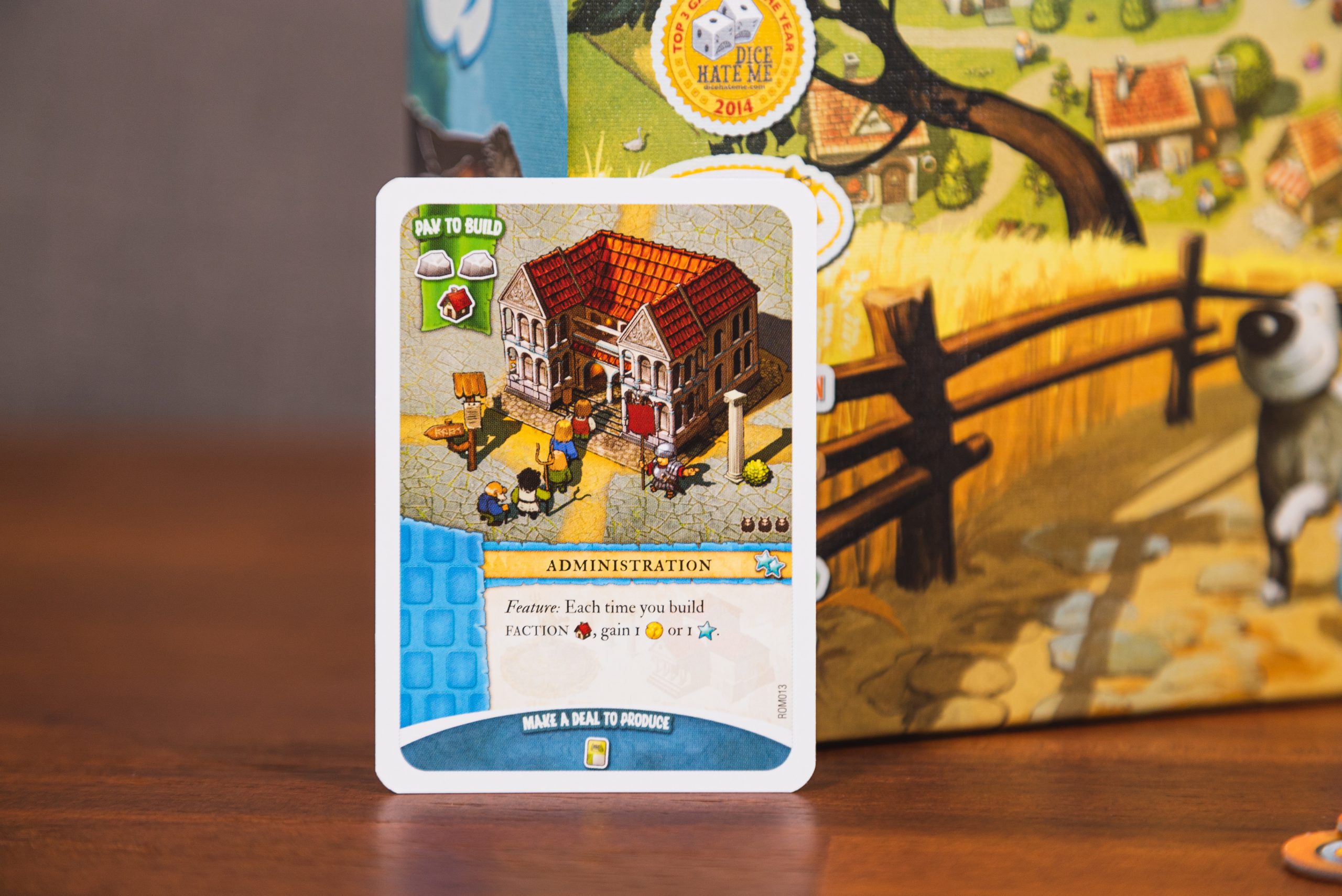 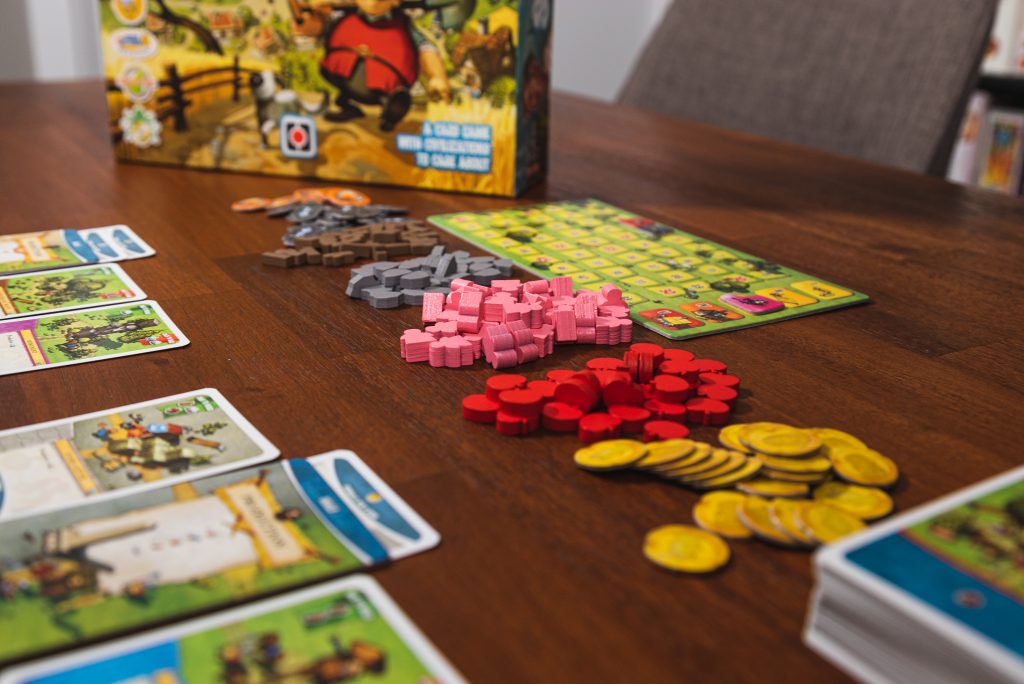 While it’s not really that old, Imperial Settlers absolutely holds up, and the current Boardgamegeek ranking of 180 is a testament to that. I’ve played it almost 15 times now from solo to three players, never with four, and I’ve enjoyed it every single time. I think I’d enjoy it less with four players, as it might slow the game down too much, and having a third opponent’s buildings to keep track of would be a lot to manage for a game like this.

In Imperial Settlers, an experienced player will almost always defeat a novice. It shouldn’t ruin the experience for a newer player, but be aware that most people will get a fairly low score in their first game, as it takes a couple rounds to grasp the flow of the game, and repeated plays to learn how to play as the factions as well as against them. Each game you improve at building your engine and optimizing your empire, which makes Imperial Settlers so rewarding to play again and again.

I’ll save most of my thoughts on comparisons with Empires of the North for a head-to-head article later on, but I like both games quite a bit, and even though I think I know which I like more so far, it’s a tough choice and that could change after exploring more of Empires of the North. The games are similar enough that I probably won’t end up keeping both. 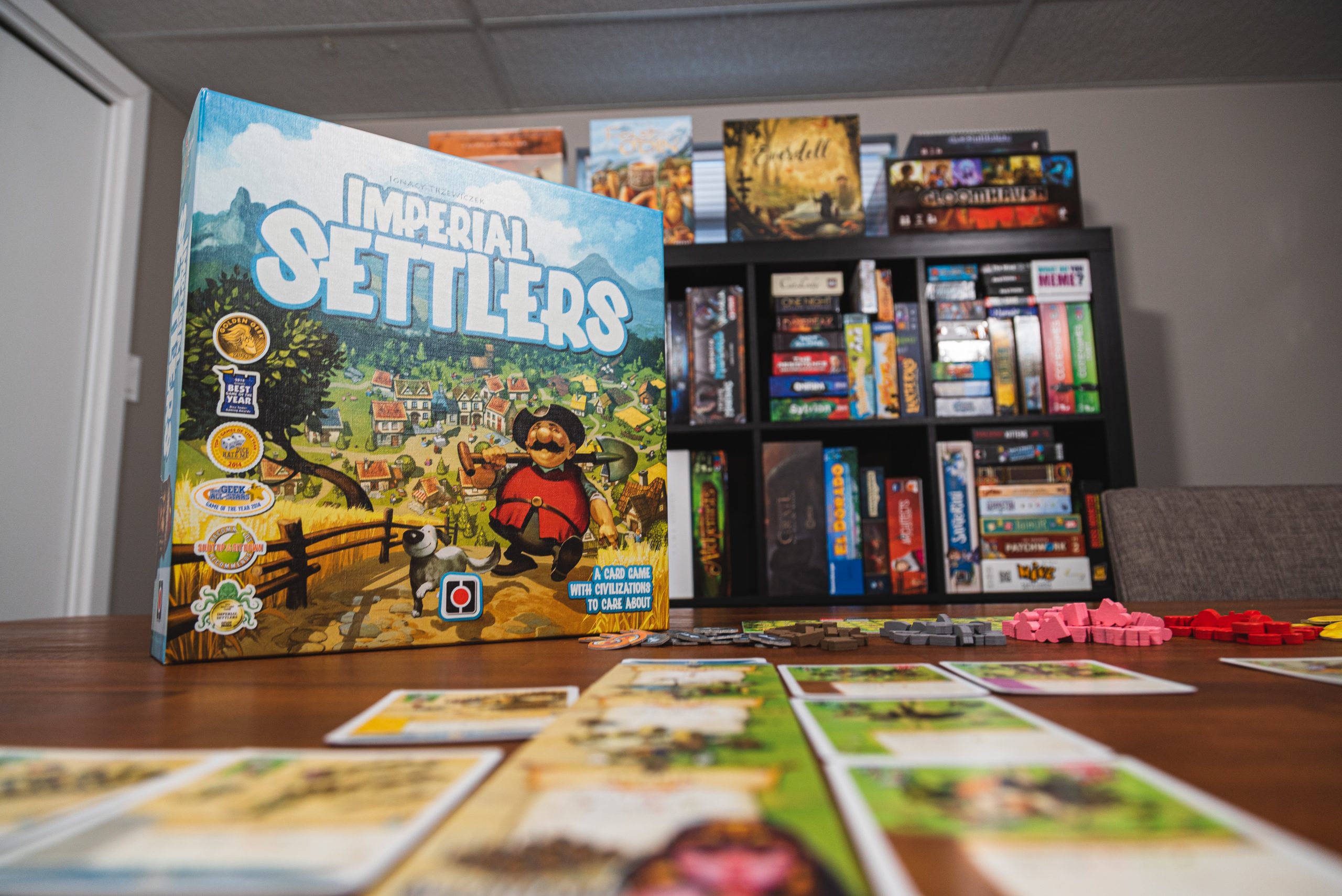 Overall, Imperial Settlers remains a fantastic, competitive game which challenges you right from the first turn. It’s easy enough to learn, but difficult to hold your own against a seasoned player. The engines you build within your empire are only half the battle, as your opponents can disrupt your strategy and really punish you if you leave yourself exposed. Even if you play the same faction over and over, the cards you see and add to your tableau will vary each game, making Imperial Settlers worthy of a spot on your shelf. 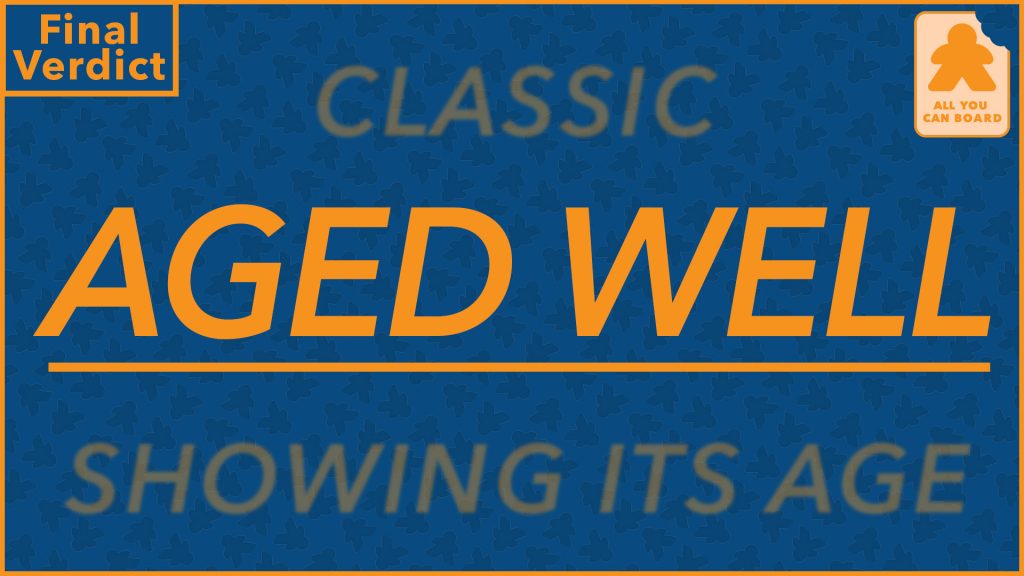