Tiny Towns: Fortune – Does it Make Tiny Towns Even Better?

If you’ve read or watched my review of Tiny Towns, you’ll know I like it a lot and think it has plenty of replay value. Even after more than a dozen plays, I never once felt like the game needed an expansion. That being said, all it took was one play of Tiny Towns with the Fortune expansion to know that if it were up to me, I’d never go back to the base game again. 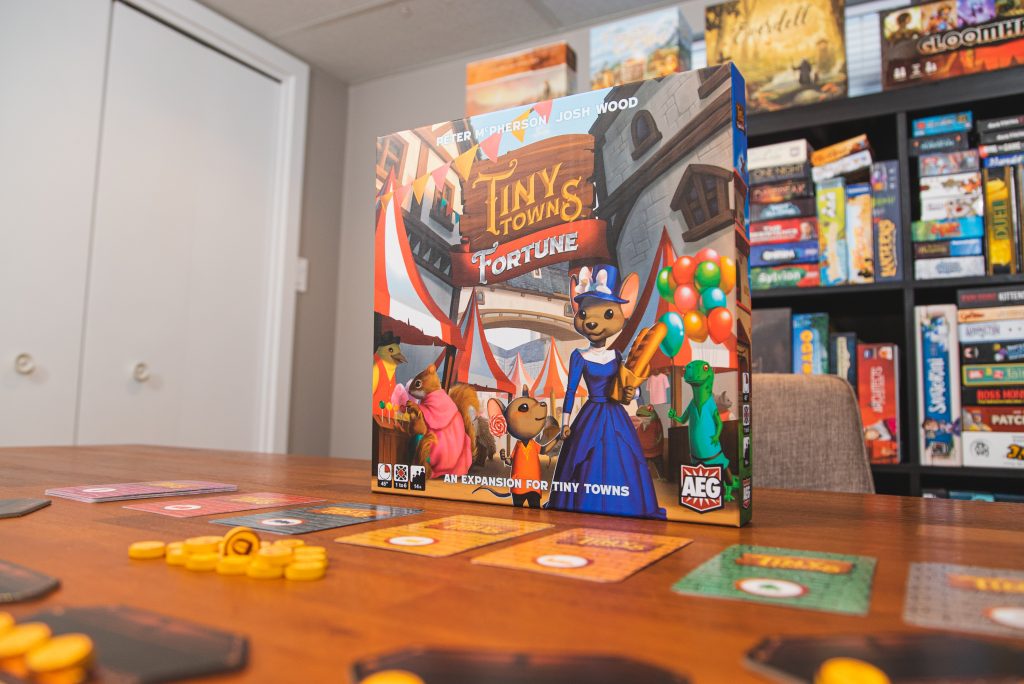 Tiny Towns: Fortune introduces plenty of new building and Monument cards, along with a coin system that allows players to gain and store up to four coins in their personal supply, which can be used on subsequent turns to take a resource of their choice rather than the one declared by the Master Builder. Leftover coins count for 1 point each at the end of the game. Most of the new building and Monument cards incorporate the coins in some way, whether they gain you coins or force you to spend coins in order to build them. 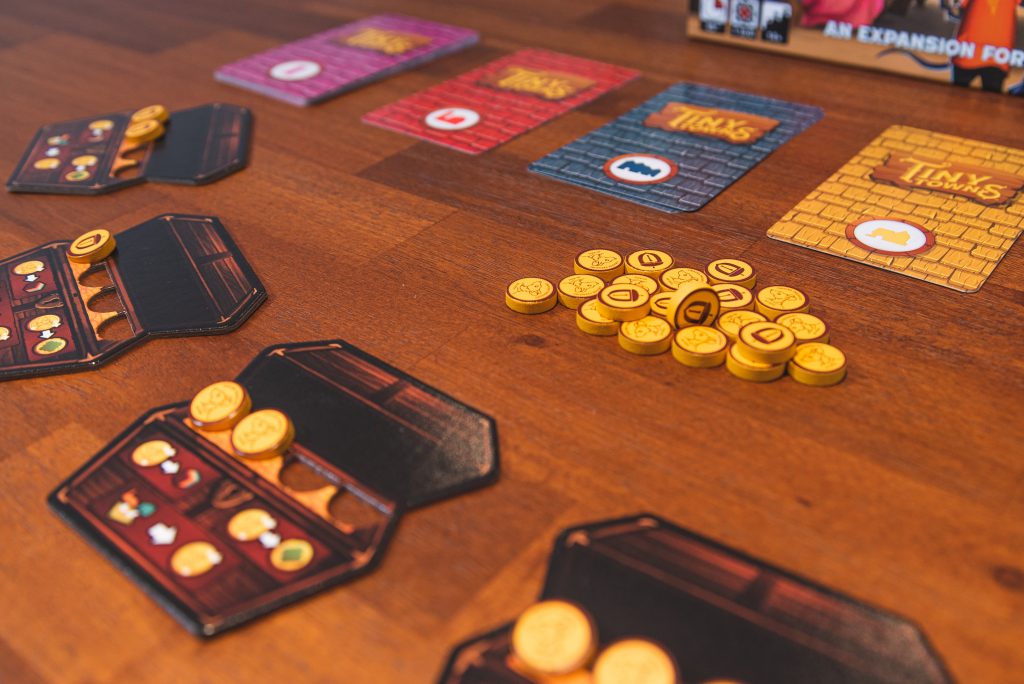 It’s not a necessary purchase to enjoy the game, but for a really minor rules overhead, this expansion really adds a lot of value to the base game. If you like Tiny Towns enough to play it even semi-regularly, you’ll definitely want to at least try this one out.

Check out my overview video below for my full thoughts:

How to Play Tiny Towns