The Crew: The Quest for Planet Nine – Review

Whether it’s just a new trend or pure coincidence, there seems to have been a resurgence, or perhaps reinvention, of the trick-taking genre. After The Fox in the Forest reminded us of the simple joys of trick-taking, The Fox in the Forest Duet showed us how its familiar tropes could be twisted into a new cooperative experience. However, it’s The Crew: The Quest for Planet Nine that fully embraces this style and comes as close as anyone has to mastering it. With easy-to-learn rules, a play time of sometimes under 10 minutes, and a unique mission structure that almost gives it a light legacy feel, this small-box card game will quickly fill a hole on your shelf that you didn’t even know existed.

Thanks to minimal setup and components, this is not a daunting game. If you’re looking to introduce it to people, it won’t set off any alarms once you unpack it. 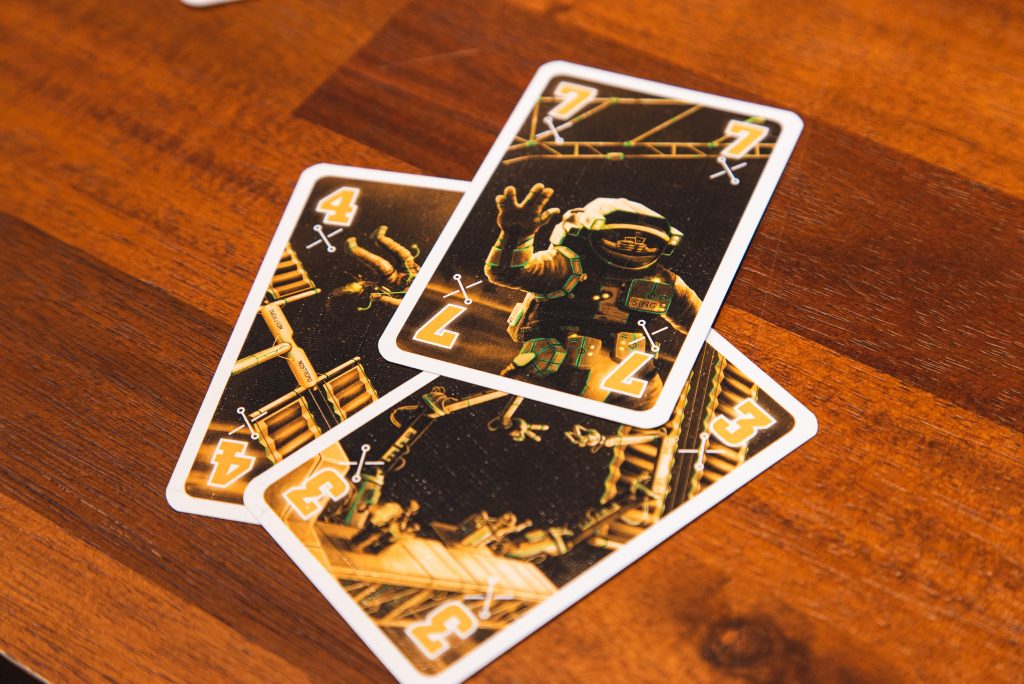 The artwork on the cards themselves isn’t overly memorable. The colourful cards feature easily distinguishable suits, but nothing really catches my eye or makes me want to stop and admire them. Likewise, the tokens are all very basic. This isn’t necessarily a game that will have you gawking around the table. However, The Crew does a fantastic job of tying everything back into its theme. Trick-taking games can easily plaster on a theme and then only loosely connect back to it, given the simple and basic nature of the mechanics. The Crew’s mission structure offers an entire narrative and backdrop for everything to fall back on, and almost all the components do so elegantly.

My favourite way to describe The Crew is: The Mind meets trick-taking games. Never before have I agonized so greatly over playing a single trick. As soon as tasks start majorly coming into play amongst your group, it becomes excruciating to try and figure out the most logical or safest play to make, without being able to communicate fully with your teammates. I would often have to discern the meaning of a play my teammate made to try and decipher what they were trying to tell me or what card they were trying to nudge me into playing. 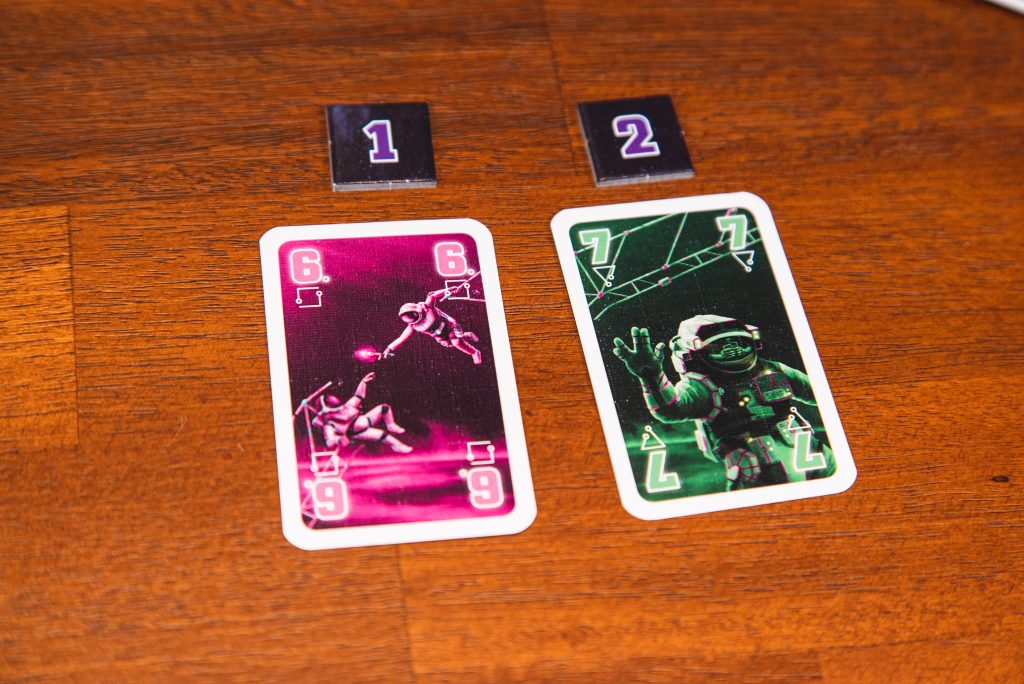 Even the limited method of communicating, via Radio Communication tokens, is never 100% black and white in terms of information being delivered clearly. You have to think about why someone’s telling you that their green 6 is the lowest green card in their hand. Once you figure it out, though, it’s enormously satisfying and almost feels like you’re slowly learning a new language.

The Crew also succeeds at slowly amplifying the stakes. The game introduces concepts gradually and the missions get progressively harder so the odds never feel insurmountable, but you also don’t really ever feel like you’re just coasting along without a challenge. The early missions can be very easy, but it’s also possible for them to be much harder depending on which tasks are dealt out and to whom they are dealt.

My favourite way to describe The Crew is: The Mind meets trick-taking games.

The mission structure is quite possibly the most unique aspect of The Crew. While the story isn’t exactly deep and it’s not going to be as engaging as something like Pandemic: Legacy, it still incentivizes you to return with the same group and find time to fully complete all 50 missions with them. And unlike other legacy-style games, that aspect of the design doesn’t affect your ability to return to it multiple times and with new groups. Nothing is ruined by having experienced it before, as each time you play a mission, it will feel pretty much entirely new based on the cards, and possibly tasks, that present themselves. 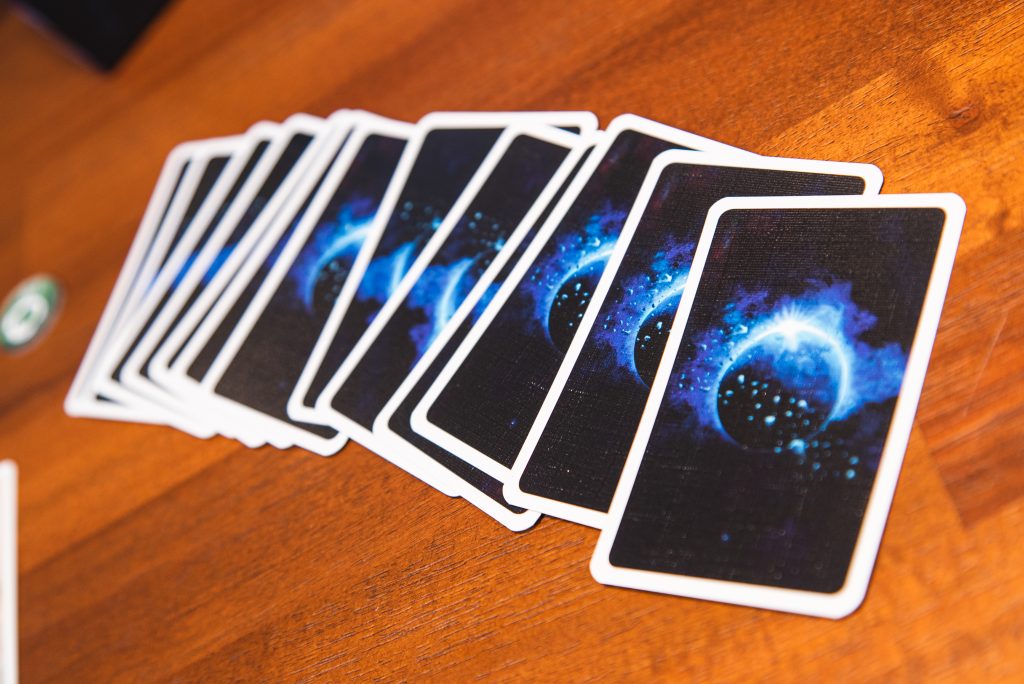 The Crew is immensely fun. Let’s just get that out there right off the bat. Since we were playing silently, there were so many turns where we would just suddenly burst out into laughter based on how the events were progressing or how someone at the table did (or did not) respond to the information provided. And because the game is so short, failing a mission never felt like a burden. In fact, it just made me want to jump back in immediately and not leave until the mission had been conquered.

The Crew is fun for a lot of the same reasons that The Mind is fun. It makes you feel like you’re communicating on another wavelength with your teammates and that’s incredibly rewarding, but also deeply hilarious. You leave The Crew feeling smarter than when you began playing it and I’m always hungering to return to play it again.

The brilliant addition of the Radio Communication token is also a constant challenge and point of hilarity.  Since you can only use it once per mission, I’m constantly debating internally when and how to best use it. The level of strategy involved on the timing of its use and which card you choose to reveal is surprisingly high and it’s an area of the game you get better at managing the more you play. I’m almost embarrassed to admit how many times I revealed a card with the communication token, stared at it for a bit and then realized, “wow, I gave them absolutely no valuable information at all.” But again, learning and navigating this mechanic with your friends is half the fun. 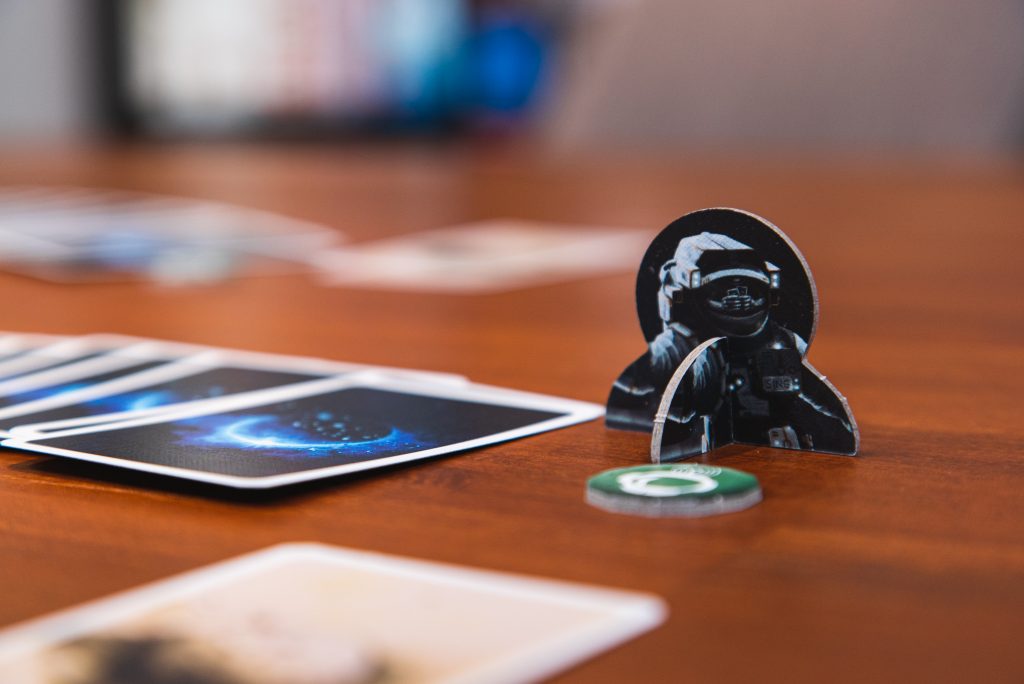 Whereas in a lot of other games, being the first player can sometimes be an arbitrary assignment, The Crew really makes you feel the weight of it. You are named the Commander of the mission you’re on and will very often feel the weight of this with the decisions you’re tasked on making for the entire crew. It’s a good feeling and lends well to the theme and the overall fun of the game.

Really, my only gripe here is that so much of the difficulty and experience is reliant on which task cards come out, so there’s a chance that some missions can fall flat or end up feeling downright impossible from the get-go. It can feel somewhat bad to realize after the first couple tricks that the setup isn’t very fun, or isn’t even possible at that stage. However, it’s a pretty minor issue, because the game is so quick-playing and so easy to reset that it doesn’t take much time to deal everything out again and retry. Likewise, there have been a couple games I was sure were impossible given our setup that we ended up narrowly winning and the feeling afterwards was amazing.

Trick-taking is sometimes a divisive mechanic. I know a lot of people who hate trick-taking games and while The Crew does a lot to reinvent aspects of the genre and make it feel new, I can’t say with confidence that someone who hates this type of mechanic will have as great an experience as I did, because at its core, this is still a trick-taking game.

The game introduces concepts gradually and the missions get progressively harder so the odds never feel insurmountable, but you also don’t really ever feel like you’re just coasting along without a challenge.

This area probably surprised me the most. I expected the mission structure to make this game less desirable to revisit, but based on how varied each mission feels depending on the task cards and the fact that the game is drastically harder at different player counts, this will give you multiple very good reasons to return again and again. Also, much like The Mind, this feels like an entirely different experience with each group you play with, so that’s reason enough to keep bringing it out to see how each different group fairs.

To top it all off, it’s one of the most affordable games you can find and given the price tag, how fun the game is and much mileage it will give you, I really can’t recommend it enough. 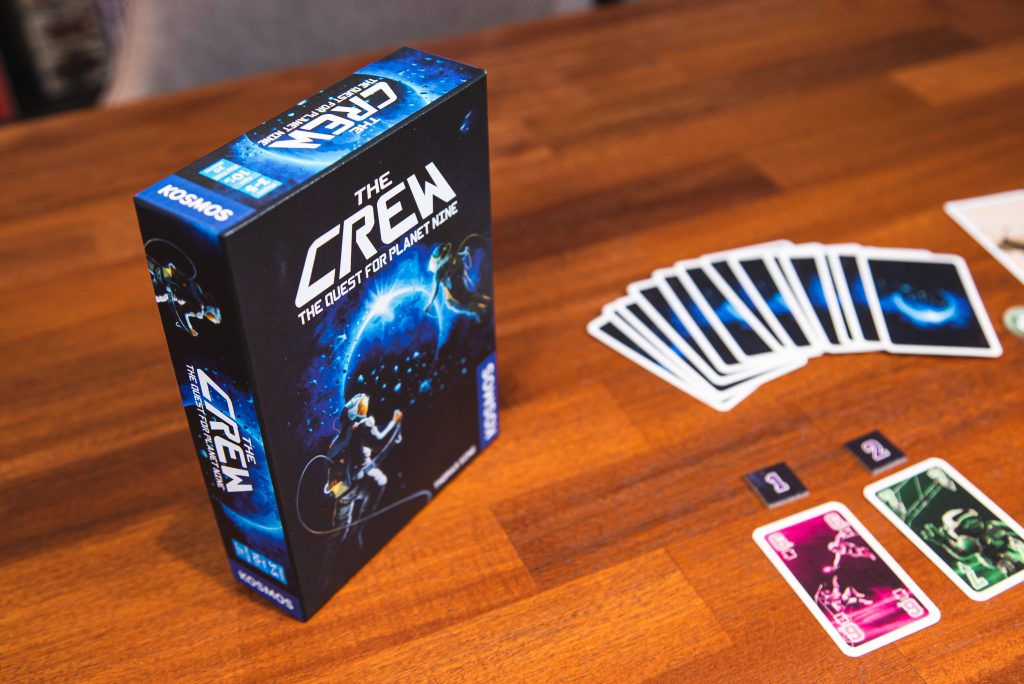 The Crew delivers yet another very convincing reason to return to trick-taking games with its unique, mission-based, cooperative take on the genre. I was left thinking about it long after I stopped playing and the barrier for entry is practically non-existent thanks to easy mechanics and a complexity level that gradually eases you in.  The mission structure incentivizes you to come back for multiple plays with the same group and the end result is an extremely rewarding experience that you won’t soon forget.

After such a successful interstellar campaign, my only hope is that the quest for the tenth planet isn’t far away.

Artwork and Components
7
Design
9
Fun Factor
9.5
Value
9
9.2
The Crew: The Quest for Planet Nine takes the basic concept of trick-taking and mashes it with the stress and hilarity of The Mind to create a wonderful end-result. This is a game that you will constantly feel compelled to come back to in order to conquer its deeper challenges or to introduce to new friends. You will feel smarter for having played it and satisfied for what you've accomplished. For an inexpensive, small-box game, The Crew smashes it out of the galaxy.
Reader Rating: (0 Rates)
0